Drinking from the Fire Hose

Disclosure: I work on the program of the annual HPA Tech Retreat and have received an honorarium for that work in the past. 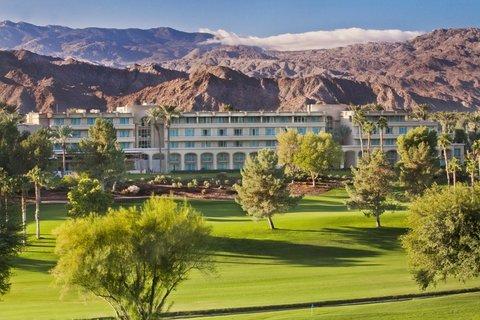 Just when you thought it was safe to ignore new technology for a while, it’s ba-a-a-ack: the HPA Tech Retreat, February 17-21 at the Hyatt Regency in Indian Wells, California (Palm Springs area).

This year is the event’s 20th anniversary. It’s older than the Hollywood Post Alliance itself. You’ll find more about the event, in general, here: http://www.schubincafe.com/2010/01/15/someone-will-be-there-who-knows-the-answer/

Here’s a brief recap: If someone at an HPA Tech Retreat says she’s from MPEG, that could be  the Moving Picture Experts Group or the Motion Picture Editors Guild; both have been represented there. If it’s NATO, that could be the National Association of Theater Owners or the North Atlantic Treaty Organization.

Does it seem odd that the latter would attend an event the organizers of which have Hollywood and Post in their name? They’d find company in representatives from the Department of Defense and the National Security Agency, among others. As for the treaty organization’s non-U.S. members, they could mingle with attendees ranging from Norway to New Zealand and from Bombay to Buenos Aires. The European Broadcasting Union (EBU) has done both demonstrations and presentations; so has NHK, the Japan Broadcasting Corporation.

If you see something new at, say, an NAB convention, you might appreciate the technology but wonder what the bean counters and the lawyers might think. At the HPA Tech Retreat, the bean counters (among them Ernst & Young and PwC) and lawyers (among them Dow Lohnes and Thompson Coburn) are already there. So are producers, directors, cinematographers, audio mixers, and everyone else associated with movies and television right out to the archives. The Consumer Electronics Association? Check. AT&T and Verizon? Check. Best Buy? Check. Google? Check.

That’s not to say the technology is slighted. Apple and IBM have been regulars. Intel has done presentations. Sony introduced such technologies as HDCAM SR and OLED monitors at HPA Tech Retreats; Panasonic introduced its Varicam and 4K tablet there. And those aren’t the only ones who introduced new technology there. A microphone array with a pencil-thin beam, high-dynamic-range displays, color systems with four and five primaries? They’ve all been in HPA Tech Retreat demo rooms. One year, before the formal start of the retreat, attendees took apart their own LCD monitors to understand the technology better.

Before this year’s HPA Tech Retreat there will be a guru presentation. Who’s the greatest guru of digital video? Some might vote for Canada-based Charles Poynton, author of books on the subject. Last month, Alasdair Coull (@alasdaircoull), head of research & development for Weta Digital, the New Zealand-based special-effects company, tweeted, “Super interesting couple of days listening to Charles Poynton @momaku talk and discussing the finer points of color in VFX.”

Others might vote for UK-based John Watkinson, author of even more books on digital video (and digital audio), who has been called “THE digital guru.” Well, at the 2014 HPA Tech Retreat, there’s no need to choose. They’ll be doing a joint course on “Physics, Psychophysics, and Vision for Advanced Motion Imaging,” moderated by Tom McMahon, who created LinkedIn’s group for the world’s geniuses on the future of television.

After letting the basics sink in, attendees can wake the next morning to discover that “The New Normal Is Anything But,” the title of the HPA Tech Retreat “Super Session.” What does “big data” have to do with Ultimate Fighting Championships?” Are facilities withering? Was “4K” really created for microscopy? Do we need a self-described ski-bum to tell us, “That wasn’t digital; now this is digital”? The Super Session is followed immediately by drinks and demos, a session in which attendees check out the latest developments from 65 companies ranging from Adobe to Zadara, while sipping their favorite libations to help the information get digested smoothly.

The next morning the information fire hose gets turned on at 7:30 am with the HPA Tech Retreat’s famous “breakfast roundtables,” dozens of concurrent “discussions” (sometimes rising to the level of fights). Are you familiar, for example, with RealD’s Ultimate Screen, said to be brighter and more uniform than other screens, with better texture and stereoscopic contrast and ready for laser projection? If you sit in on that roundtable, you will be. More interested in file-based quality control, testing “4K,” converting to IP or IT, mobile review, quantum dots, object-based storage, cloud workflows, ACESproxy, dustbusting, or EOTF vs. OETF? Do you even know what EOTF and OETF are? After that roundtable you will, and it might truly be a critical issue for the future of imaging.

Then comes the formal opening of the HPA Tech Retreat. Has television viewing really changed? What role do social media play in shaping content? Is YouTube doing premium content processing? Are sports fans doing their own content processing in stadiums? What’s happening in Washington, D.C., and why should you care? How are broadcasters dealing with the new normal? What will be the next normal for broadcasting? What happened at the Consumer Electronics Show? And what happens when lasers take over from other lamps in movie projectors and offer colors we hadn’t been able to see before? A team of experts will try to sum up that day’s information before another demo session.

Early the next morning, it’s more roundtables. Want more info on Washington’s lawmakers, courts, and regulators? What’s OpenStack? How about unscripted workflows? “Is 12G SDI a Panacea or Placeholder?” What have we learned about loudness? Do we need a 119.88 frame rate? What’s “Deep-Color Encoding”? Can new display interfaces be used for purposes other than displays? There’s something for everyone to learn.

Then come perhaps the two most important issues in image technology today: the change from dedicated video to commodity computer technology and connections and the move to “Ultra HD.” As for the former, is coax dead? Routing switchers? What has been the experience at broadcasters like BBC and FOX? What are manufacturers planning?

As for the latter, all that seems to have been discussed to date is more pixels. At the 2013 retreat, the EBU presented the results of viewer testing that showed a perceptual “half-grade” improvement in going from HD to “4K,” which requires an eight-fold increase in information. At the 2014 HPA Tech Retreat, attendees will see EBU data showing that doubling the frame rate (“faster pixels”) yields a full-grade improvement. But the bulk of that second session will be about so-called “better pixels” — with greater dynamic range and color gamut. Do they offer the biggest “bang for the buck”? Or might they screw up cinematic viewing experiences? In the demo area, attendees will be able to try such technologies as Dolby Vision for themselves.

After lunch, panels will cover virtual and distributed post and then “Breaking the Model” about redefinition of what we think we know about such basic terms as animation, archiving, film, games, post production, and television. And, speaking of breaking the model, all of the executives on the panel, from NSS Labs, Paramount, Pixar, SMPTE, Warner Bros., and Xbox, are women.

What about actual productions? A Lumiere will describe the creation of a “13K” 360-degree surround image using only 1940s archival footage. And a director will describe a production in which images came from everything from a smartphone’s camera to beyond-HD digital cinematography.

Then there’s security. In an age of retailers “losing” customers’ credit-card data, how can valuable assets be secured? And, if they are secured, does that prevent authorized users from seeing them on their portable devices?

Once again the expert team will try to sum up the day. Four down, one to go.

The last day starts, again at 7:30 in the morning, with more roundtables. What is the best frame rate for Ultra HD? How can it be delivered? Thunderbolt? Can one edit directly on a server?

SMPTE, the North American Broadcasters Association, and MovieLabs will be among the organizations making presentations that day. The main theme will be color. Should legalizers be outlawed? Is LED lighting good, bad, or ugly? Is it time to move from the 1931 CIE color model to spectral color? And, although it’s not color related, why do we keep measuring still-picture resolution in a moving-picture industry?

Finally, after the formal end of the retreat, there’s a historical post-retreat treat: “Is Nothing New?” From near-instantaneous sound transmission in the 17th century to a multi-country telegraph network in the 18th to image transmission in the 19th to — well, see for yourself. 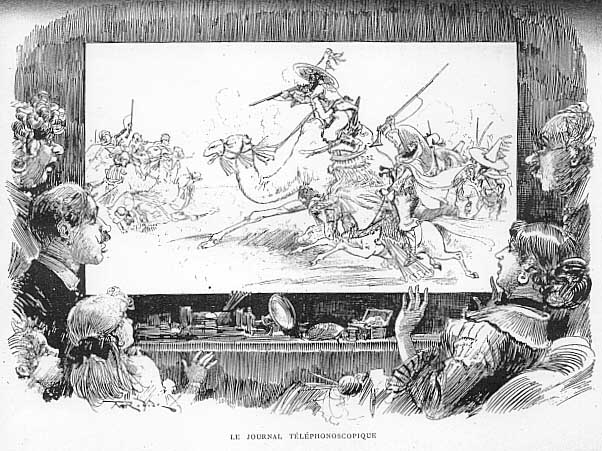 For more information on the HPA Tech Retreat, go here: http://hollywoodpostalliance.org/?page_id=5978 But don’t delay. It has sold out in the past.