Reuters.com reports that companies from Singapore to Finland are racing to improve artificial intelligence so software can automatically spot and block videos of grisly murders and mayhem before they go viral on social media. None, so far, claim to have cracked the problem completely. A Thai man who broadcast himself killing his 11-month-old daughter in […]  More

Comments Off on Tech firms race to spot video violence

Eutelsat has named Mike Antonovich as the new CEO of Eutelsat Americas. He will leverage his broad experience across media, broadcast and telecoms markets to steer Eutelsat Americas’ activities within the Americas and serve Americas-based clients using Eutelsat’s global satellite fleet.  More

Comments Off on Mike Antonovich Named CEO of Eutelsat Americas

TVU Networks, the global technology and innovation leader in live IP video solutions, announced today the immediate availability of its new TVU One with HEVC mobile IP newsgathering transmitter, which supports the H.265/HEVC video compression standard. TVU One with HEVC will be shown for the first time in its booth #C3739 in the Central Hall […]  More

Vislink (Booth C8008) and IMT, business units of xG Technology, have introduced the HCAM HEVC 4K UHD camera transmitter. Coinciding with the release of the HCAM, Vislink has finalized an order for 18 systems of the next-generation HCAM transmitters and UltraReceiver placed by UK-based Broadcast RF Ltd., a leading rental company for microwave and wireless […]  More

Comments Off on NAB 2017: KSAT-TV Selects Ross Acuity and Overdrive for Production Automation 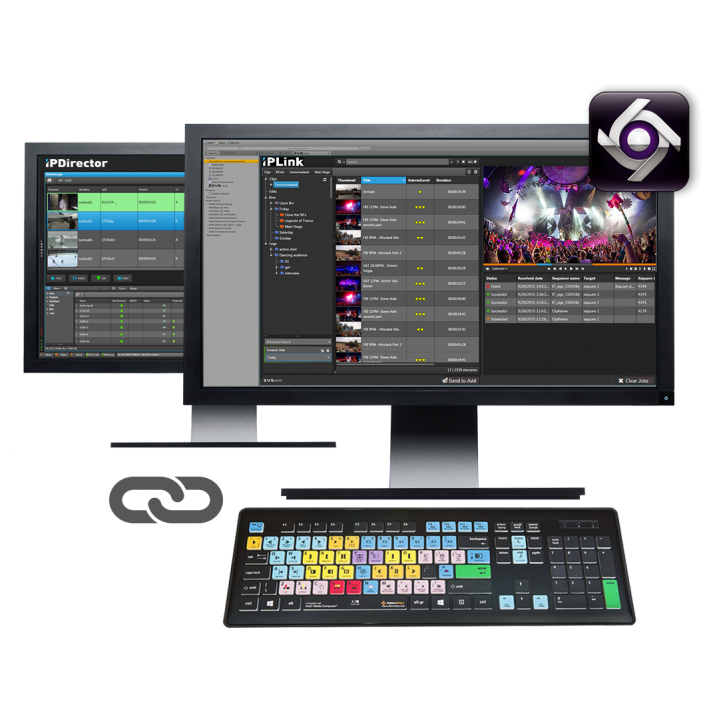 EVS (SL3816) debuted its new IPLink for Avid MediaCentral | UX at Avid Connect, the annual gathering of the Avid Customer Association, which was held April 22-23 at the Wynn Las Vegas, ahead of the 2017 NAB Show.  More

Imagine Communications (SL1516) is introducing its Open Zenium program. Through Open Zenium, Imagine Communications is raising the bar for collaboration, transparency and innovation by sharing source code to the Zenium microservices library, the company’s pure microservices technology for building smarter and more efficient media operations, with a community of its customers and partners.    More

The NAB Show is in full swing in Las Vegas, and the SVG editorial team is out in full force, covering all the latest news from the show floor. In an effort to make the tidal wave of news and announcements more digestible to our readers, SVG is providing a daily “SportsTechBuzz at NAB 2017” […]  More

Comments Off on SportsTechBuzz at NAB 2017: Thursday’s Latest From Vegas