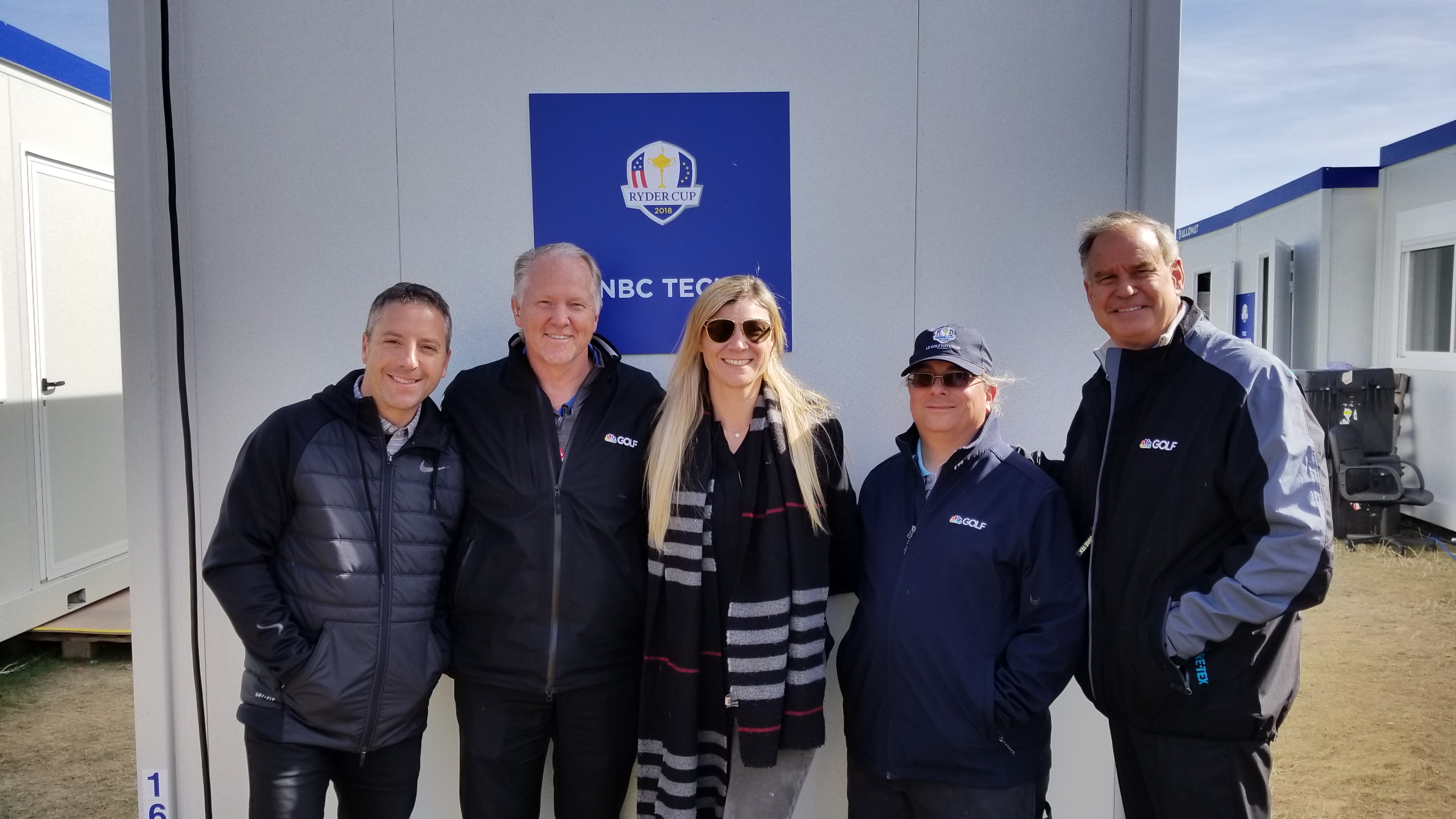 NBC Sports may have a team of 250 on hand at the Ryder Cup, but, in Orlando, hundreds more are working hard on the Live From studio show, pre/postmatch coverage, and press conferences. The workflow is leveraging fiber connectivity, the NEWBERT flypack, and a new transmission kit — three operational changes since the Ryder Cup was previously […]  More

Comments Off on Live From the Ryder Cup: NBC Sports Production Team Spans Globe via Fiber 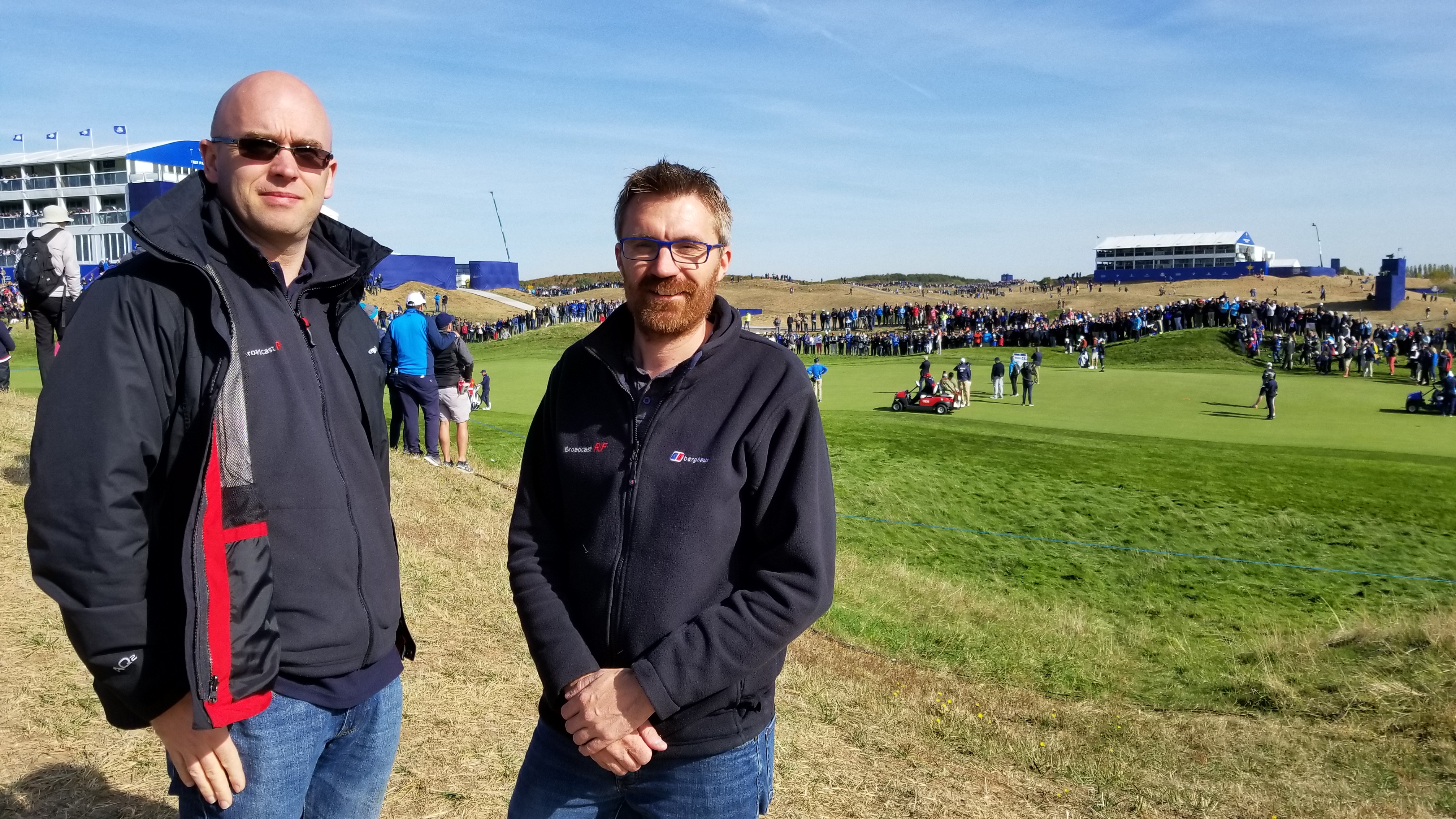 Broadcast RF is on hand at the Ryder Cup with its largest sports-related presence ever, courtesy of 28 wireless camera systems deployed by eight clients. It’s also in the midst of a challenging frequency environment, thanks to a nearby airport, military base, and research labs that also rely on RF.  More

Live From the Ryder Cup: Creative Technology Delivers for Fans on Course 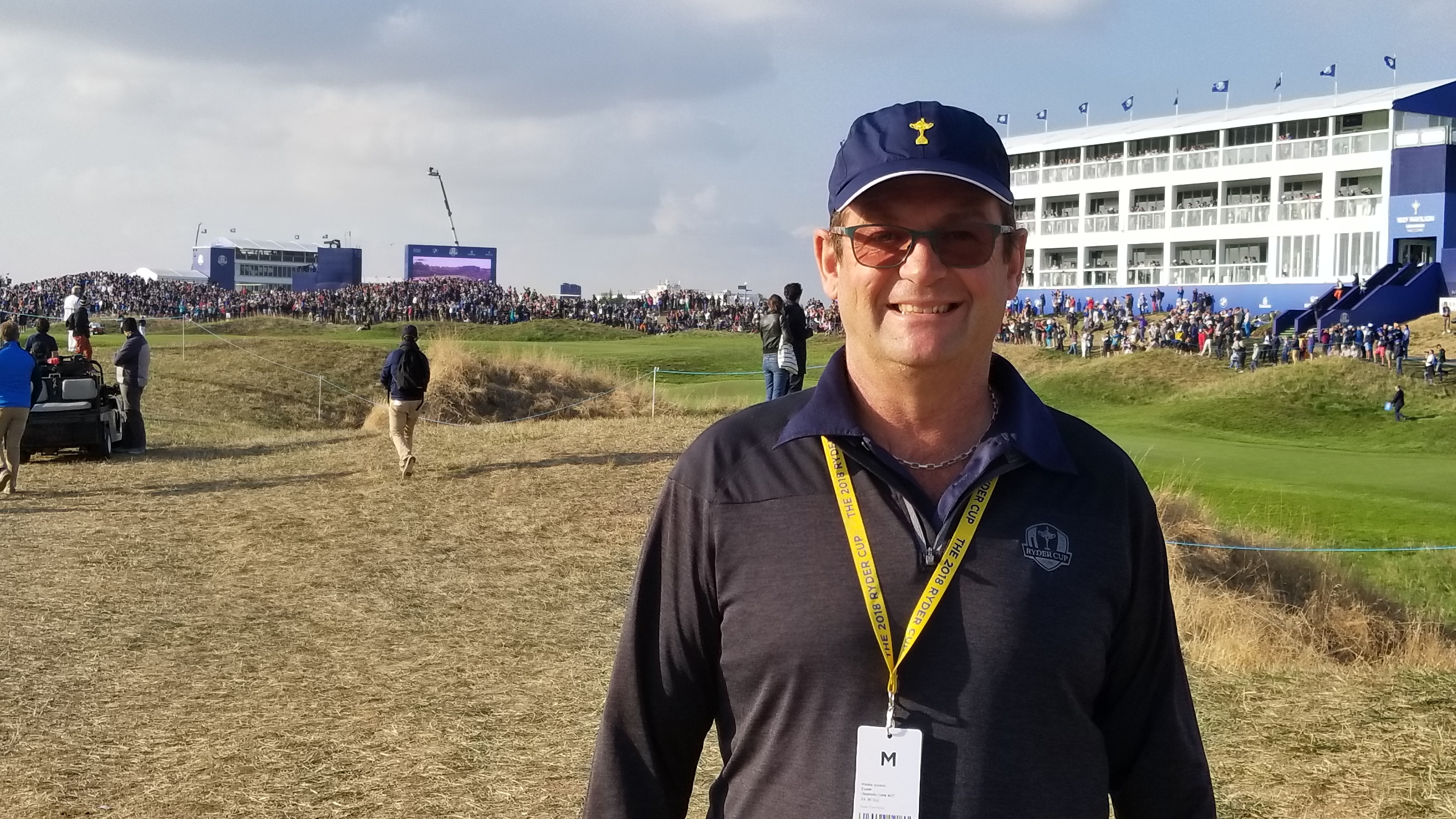 The Ryder Cup is an unusual golf event in that fans onsite aren’t usually given a chance to watch hours of live golf. In fact, it is distinctly possible that a fan can spend an entire day onsite in the stands and see fewer than 30 shots live. And that’s one of the reasons the […]  More

Comments Off on Live From the Ryder Cup: Creative Technology Delivers for Fans on Course

Hong Kong-based international telecom company PCCW Global may not have had a specific product or service to roll out at this year’s IBC Show, but it had an important message for the event-production world: the way you approach IT connectivity is due for a change.  More

Comments Off on IBC 2018 Reflections: PCCW Global’s Alex Berriman on how Console Connect aims to change IT connectivity for live events

Turner Sports is on hand at the Ryder Cup working out of CTV’s OB1 production unit, overseeing a remote production that involves sending 16 feeds to a control room in Atlanta, where they are cut into featured-hole coverage available via PGA.com and RyderCup.com. It marks the first time that featured-group coverage has been provided at […]  More

Comments Off on Live From the Ryder Cup: Turner Sports Taps Into Open Internet for Featured-Group Production

Having acquired Wazee Digital last month, AI specialist Veritone was on hand at IBC 2018 highlighting the expanded integration of its aiWARE operating system with Wazee’s Digital Core (SaaS digital-asset management) and Media Hub (video captured in a central location, then made available for global access) platforms. With the integration, Veritone is creating what SVP […]  More

Comments Off on IBC 2018 Reflections: Veritone’s Drew Hilles, Wazee’s Greg Loose on the companies’ merger and AI’s coming of age 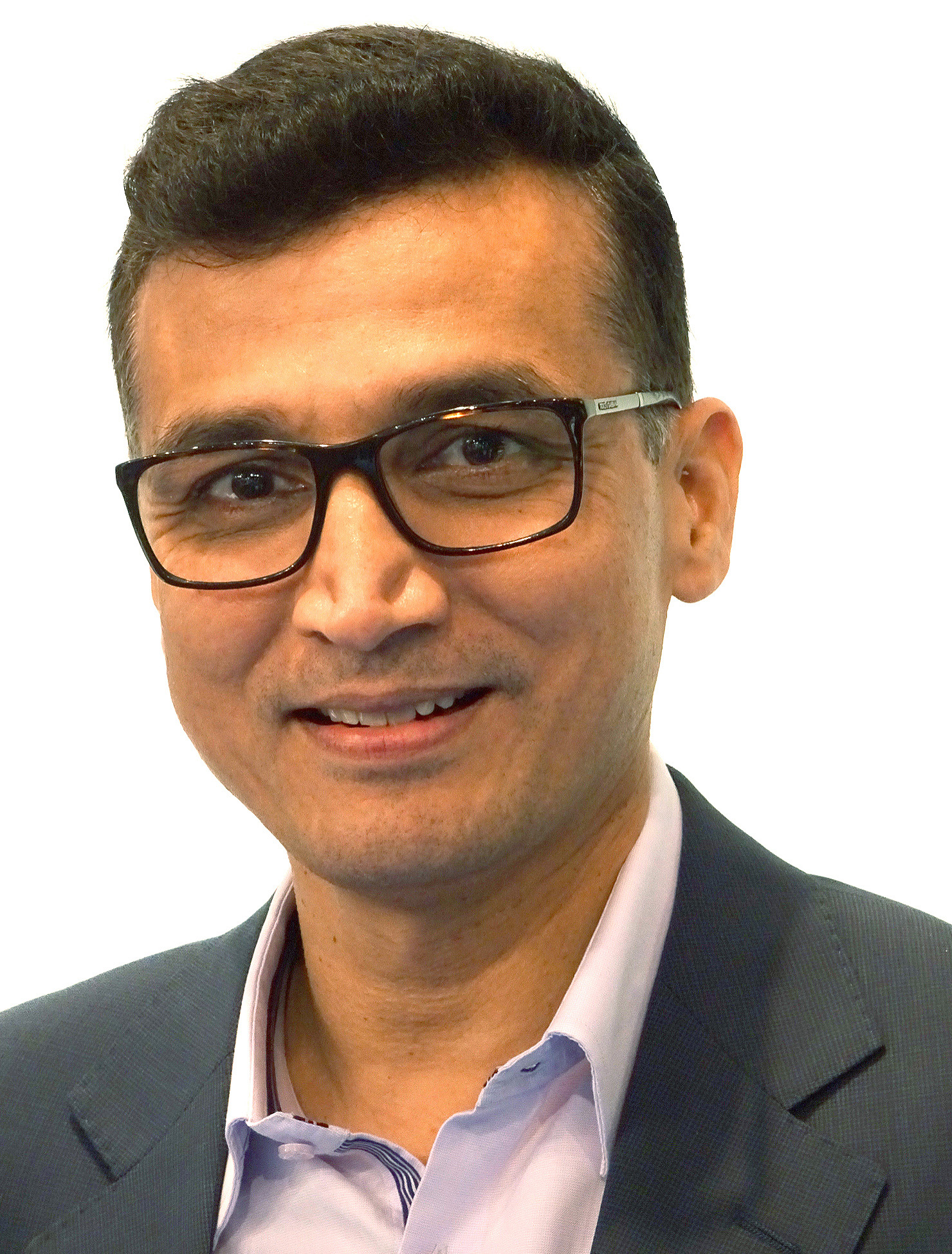 Ikegami announced a new addition to its sales and support team with the appointment of Asim Saeed as Business Development Manager. Reporting to Ikegami Europe President Kenzo Ishizuka, Saeed will promote the full Ikegami range of broadcast and medical products to existing and potential customers.  More