The Newton and Leibniz of Imaging 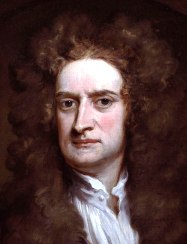 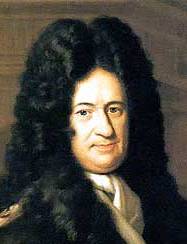 Some say Isaac Newton first invented the calculus. Others say it was Gottfried Leibniz. Imagine what it would be like if you could take a seminar on the calculus from both of them!

Well, you can’t. They’re both dead. But Charles Poynton and John Watkinson are still alive. They’re very different people with very different personalities, but each has been called the greatest guru of digital imaging, and each has books, seminars, satisfied students, and major impact on the industry to show for his efforts.

On Monday, February 17, they will be giving a joint seminar in Southern California on “Physics, Psychophysics, and Vision for Advanced Motion Imaging” as a lead in to the 20th HPA (Hollywood Post Alliance) Tech Retreat.  Here’s a description:

“In the development of motion imaging systems beyond 1080p HD, various proponents have proposed (and in some cases deployed) three schemes alleged to improve quality: (i) bit depths beyond the 10-bit color components standard for studio HD, (ii) pixel counts (“4K” and “8K”) higher than the 1920×1080 of HD, and (iii) frame rates higher than 60Hz. However, the tradeoffs among these various options are not well understood; it is not immediately clear into which of these three arenas additional bits should be placed in order to achieve maximum improvement in perceptual quality. Also, traditional image quality criteria for moving images have mainly been carried over from still imaging; few criteria are available to assess motion portrayal. Finally, motion portrayal is often described by terms such as “strobing” that have no consistent definition.

“This course addresses the fundamental physics constraints of motion image cameras and displays, and reaches into psychophysics to understand how the visual system interacts with the physics. The properties of vision that relate to the choice of bit depth, and their dependence upon visual adaptation and absolute luminance (of the display and the viewing environment), are described. The fundamental concept of eye tracking by the viewer is described. The key concept that links physics to vision is the optic-flow axis; that concept clarifies the mechanisms that cause loss of resolution in the presence of motion. Such losses are characterized by dynamic resolution.

“Upon completing the course, attendees will:

Don’t miss this golden opportunity to learn the truth from the Newton and Leibniz of imaging!

Admission is strictly limited. To sign up for this event (and the rest of the HPA Tech Retreat, with presentation from top engineers worldwide), click here: http://hollywoodpostalliance.org/?page_id=5978