Opera was alive and well in New York City, again, in 2015. I have tried to compile all of the opera performances there in that year. I’ve probably missed some.

As I’m not a musicologist, and some scholars don’t consider even Bizet’s “Carmen” or Mozart’s “The Magic Flute” to be operas, I used these criteria for what to include: 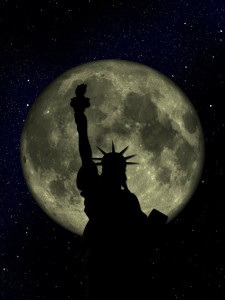 The Parterre.com New York calendar has been listing Opera Philadelphia performances, which makes sense, as they’re probably easier and possibly even faster to get to from Manhattan than opera performances at Queens College, but they’re not in New York City, so I didn’t include them (though they are expected to perform in New York City in 2016). Listings in that calendar, The New York Times, The New Yorker, etc. typically include Glimmerglass performances four hours away, frequented by the New York City opera community; I didn’t. I also didn’t include out-of-town Bard, Caramoor, and Peak Performances, even though all three provide their own direct round-trip bus service from midtown Manhattan. Regular commuter trains also get within easy walking distance of the Peak Performances operas as well as those of other opera companies in the suburbs (such as New Rochelle Opera, listed in the Parterre.com New York calendar), which are, similarly, not included by me. 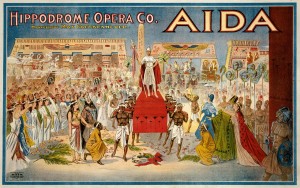 Even with all of those exclusions there were, by my count, 908 performances of 265 productions of 211 operas by 115 composers (plus pastiches) produced by 115 companies in 111 venues in NYC in 2015. If I had counted each mini-opera of Experiments in Opera’s “The Travel Agency Is on Fire” separately, there would have been 20 more performances of 10 more operas by more composers. All of the figures are higher than in 2013 (the last time I counted) except the composers (126 in 2013). 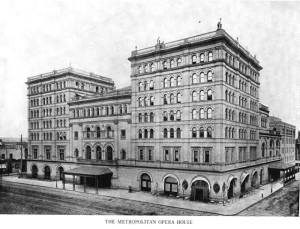 As might be expected, the Metropolitan Opera had the most performances (234 not counting their co-production with Juilliard of three performances of Gluck’s “Iphigenie en Aulide”), but it was a smaller percentage of the total than in 2013, even though there were 22 more opera performances at the Met in 2015 than in 2013. New York Opera Forum was second with 53, a smaller number than usual because in 2015 they did more out-of-town performances and, as noted above, some individual acts of operas (which I didn’t count); it’s also possible that I missed noting a few of their performances. The Met performed the most operas (29), but the Opera Company of Brooklyn (22) and New York Lyric Opera Theatre (21) weren’t far behind.  Given the lack of New York City Opera performances this year, the Met’s proportion of ticket sales was probably higher than in 2013, but I don’t have those figures. New York Opera Forum performed in the most venues (10).

The most-performed opera in NYC in 2015 was Mozart’s “Don Giovanni” (34 performances), followed by Joseph Rumshinsky’s “Di Goldene Kale,” sung in Yiddish (29 performances). I’m noting the composers of even well-known operas here because there were a production of a “Magic Flute” not by Mozart and two productions of Paisiello’s “Barber of Seville” (in addition to four of Rossini’s more-familiar version).

There appeared to be 108 opera companies based in NYC active at least some time in 2015; 63 had performances in 2015, and 29 were involved in developing new operas (20 did both). That might be an all-time high. I’ve removed from the list those companies that did not appear to be active in 2015. To me the most shocking loss of 2015 was of Gotham Chamber Opera (which performed in March and had previously performed in such opera-related sites as a botanical garden, a burlesque house, and a planetarium). But new companies appeared in 2015, too: Apotheosis Opera, Bare Opera, OperaRox Presents, and Venture Opera (and others since the previous list in 2013); the audiences for these new companies seem to be on the young side. Collegiate Chorale is now Master Voices. And New York City Opera Renaissance is poised to do six performances of their first opera, a recreation of the 1900 production of Puccini’s “Tosca,” in January 2016 in the more-than-1100-seat Rose Theater (capacity varies with configuration). Encompass New Opera Theatre is another NYC company without performances in 2015 but with five planned in January 2016 (of Charles Fussell’s “The Astronaut’s Tale” at BAM Fisher with post-opera lectures on cosmological topics). 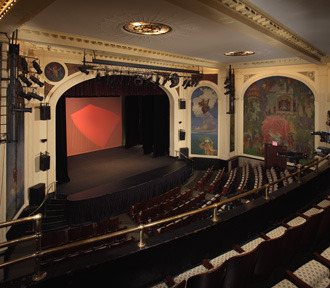 I found it amusing that Apotheosis Opera’s first production, Wagner’s “Tannhauser” sung in English, was performed at El Teatro of El Museo del Barrio.  Other interesting venue news of 2015 included opera performed outdoors in Times Square, the information that the bookshelves of the library of the Fabbri Mansion (a New York City venue used by several opera companies) came from the library of the Duke of Urbino and were made in 1607 by Nicola Sabattini (author of a book on staging techniques published in 1637), and the opening of National Sawdust (with acclaimed acoustics). Opera America’s National Opera Center was the venue used by the most companies (6) in 2015 followed by Carnegie Hall’s Stern Auditorium (5); if multiple auditoriums in a single complex are counted, the Brooklyn Academy of Music would tie for the top with Carnegie Hall (7 companies each). The Metropolitan Opera House had the most performances (234), followed by the National Museum of Jewish Heritage (29). 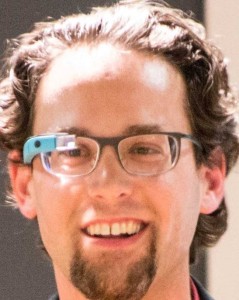 There were no technological breakthroughs in opera in NYC in 2015 of which I’m aware. In 2014, however, New York City’s On Site Opera became the world’s first company to use Google Glass for titles, for their production of Rameau’s “Pigmalion,” allowing audience members to see the text even if they were looking at singers behind them.

A spreadsheet with opera, company, composer, performance date, venue, and original premiere year (as best I could tell) is available so you may use the data to crunch your own numbers; multiple copies of listings on the same date indicate performances at different times that day. Two additional tabbed sheets cover some of my rejects and a list of active companies along with their web sites. The file is in the old mode so more software will be able to open it. Here’s a link to download it (about 212 KB): 2015 Opera in NYC spreadsheet 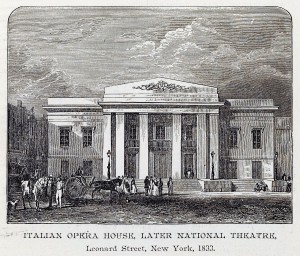 Any additions and corrections will be appreciated.