The relationship between client and design firm was discussed at the SVG Sports Graphics Forum, held last week at HBO Studios, covering topics from best steps in planning a project to how to turn it over to the client for day-to-day use.

“Once I get to know the client, I am much better equipped to fit their production schedule and needs,” said Maria Rapetskaya, creative director, Undefined Creative. “The challenge is constantly switching to the next new thing, but having a relationship helps.”

At ESPN, according to Senior Designer Marc Rohrer, senior and coordinating designers set the look of the show, and junior designers deal with maintenance of the package. 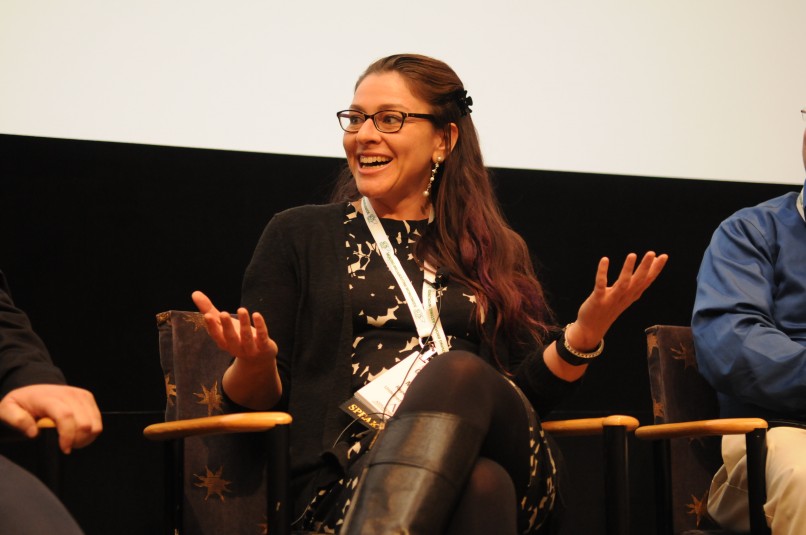 Undefined Creative’s Maria Rapetskaya said a great relationship between a design firm and the client is important to getting the job done right.

“As one season is wrapping up,” he said, “one team is in maintenance, and one is redesigning for the season after. And how long that takes varies on the scope of the package and where the complexity lies. The amount of artistic touches can have a huge impact on how long it takes.”

Premier Maldonado, creative director, creative services, MLB Network and NHL Network, noted the factors in calculating how long a project will take: some projects can take months, while others need to be done in two weeks. One bit of advice he offered outside design firms is to be a lot more proactive in asking questions.

“You need to know what their level of proficiency is,” cautioned Rapetskaya. “The last thing you want to do is hand them a template that looks beautiful but that the internal department has no idea what to do with.”

And then there is the sheer volume of graphics. For example, ESPN doesn’t usually know the college-football matchups until the Monday prior to the games, so there is very little lead time to produce matchup-specific graphics. Elements are reused as much as possible, and software extensions allow scenes to be built in as little as an hour.

Ross Video’s XPression real-time motion graphics system is the primary graphics design tool for Bell and the primary on-air graphics device for the SEC Network and nearly 100 universities that are part of ESPN’s Collegiate Initiative. Other key tools for ESPN include Adobe Photoshop, Vizrt, Brainstorm, and The Foundry’s NUKE, a tool that is fairly new to the broadcast world.

The Virtues of Virtual

The topic of virtual sets closed out the day, and J. David Hoffman, sales engineering manager, Brainstorm, marveled at how the computational power of computers has allowed the technology to require nothing more than a laptop. 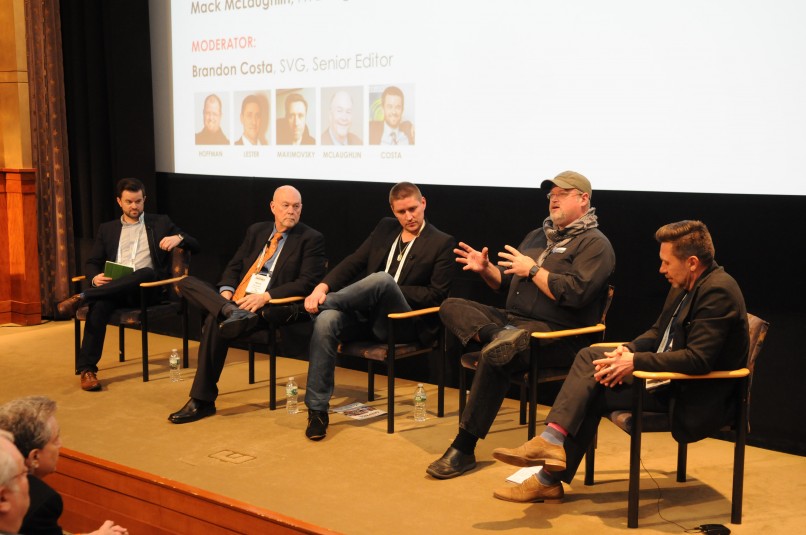 “I have been involved in virtual studios for more than 20 years, and to see [them] go from running on supercomputers to a budget laptop has been phenomenal,” he pointed out. “And the gaming industry is driving what we’re doing, as things like lighting and modeling can be implemented on the virtual-set side of the business.”

That move downward to budget laptops also has opened the virtual set to a new level of user within small production departments, where staffers wear lots of hats.

“You want the system to have creatives singing its praises and not have it be an impediment,” Hoffman said. “It has to provide a solution for creative people.”

Ryan Lester, international sales manager, RT Software, said that, over the past two years, physical-based rendering that also brings in augmented graphics has made virtual studios more photo-realistic and natural.

“You can now bounce light off of the virtual elements, and we have won quite a few contracts based on how powerful the renderer is,” he said.

And folding in augmented graphics based on next-generation statistics will only improve the quality of the viewer experience. The European market, in particular Eastern Europe, continues to embrace virtual reality coupled with augmented reality, according to Anton Maximovsky, president/CEO, Motion Path. He discussed a project for a recently launched Russian sports network. 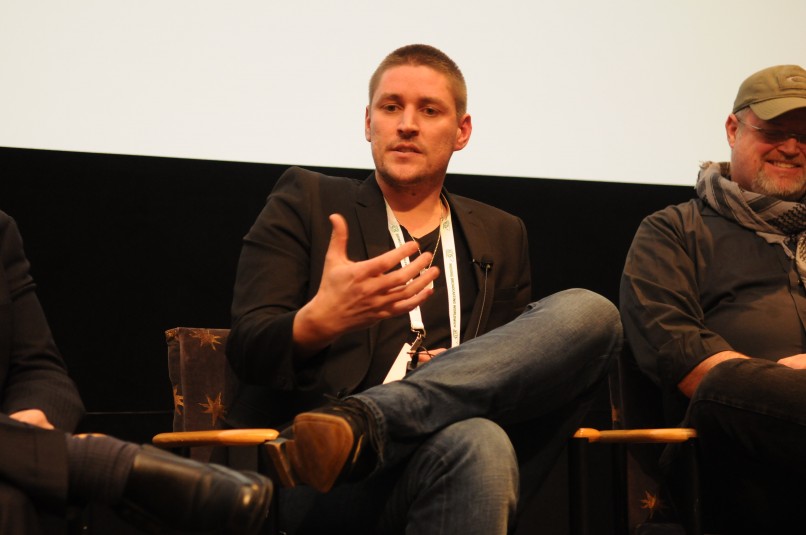 RT Software’s Ryan Lester reported that the work done on graphics engines for virtual games is paying off for those who work in virtual graphics.

“We have to create virtual graphics for multiple sports and switch from hockey to soccer quickly,” he said. “And the realism is amazing, with hyper details like rivets. For a long time, virtual sets didn’t look natural.”

In fact, said Lester, the quality of the virtual-set technology has gotten so good that engineers are actually adding in imperfections that are part of any physical set.

Hoffman countered, however, that one of the great things about a virtual set is, you can toss aside the boundaries of the physical world and have a look that is completely unrealistic.

“Enjoy that freedom and don’t worry about where you place the monitor, as you are not bounded by physics,” he advised. “Take advantage of that and see what you can do with that freedom.”

Mack McLaughlin, CEO/creative director, FX Design Group, cited a project for a now defunct network that needed to get on-air in 90 days. Construction of a physical set was impossible, so the decision was made to go with a virtual set with three-camera tracking.

“Now is the time to get involved with virtual studios and grow with the systems as they grow,” he said. Also, the move to virtual is not an all-or-nothing proposition; a production facility can have only one or two virtual elements on a set.

“We have done local-TV-news sets where we would like everyone to know there is a virtual element, but the news director treats it as an extension of the real set,” added McLaughlin. “And there has not been one e-mail asking about a fake set.”

NOTE: An earlier version of this story failed to mention Ross Video’s XPression as the primary real-time graphics system for Brian Bell and his team at ESPN.