What Will Be at NAB? Consider IBC

Like every other NAB show, the upcoming 2016 one will likely have lots of innovations. One to which I’m looking forward is the new “autocolor” button on SoftPanels LED lights. Each can measure the ambient lighting and adjust its output to match, whether it’s an incandescent table lamp or daylight streaming in a window.

I’m eager to see other innovations in other booths. But, for an idea of the major themes at the convention, there’s no preview like the previous fall’s International Broadcasting Convention (IBC) in Amsterdam. Cinegy brought the DeLorean time machine of Back to the Future to the show because 2015 was the year to which it brought the travelers in the second movie of the series. But, in some ways IBC 2015 seemed more “Forward to the Past.” 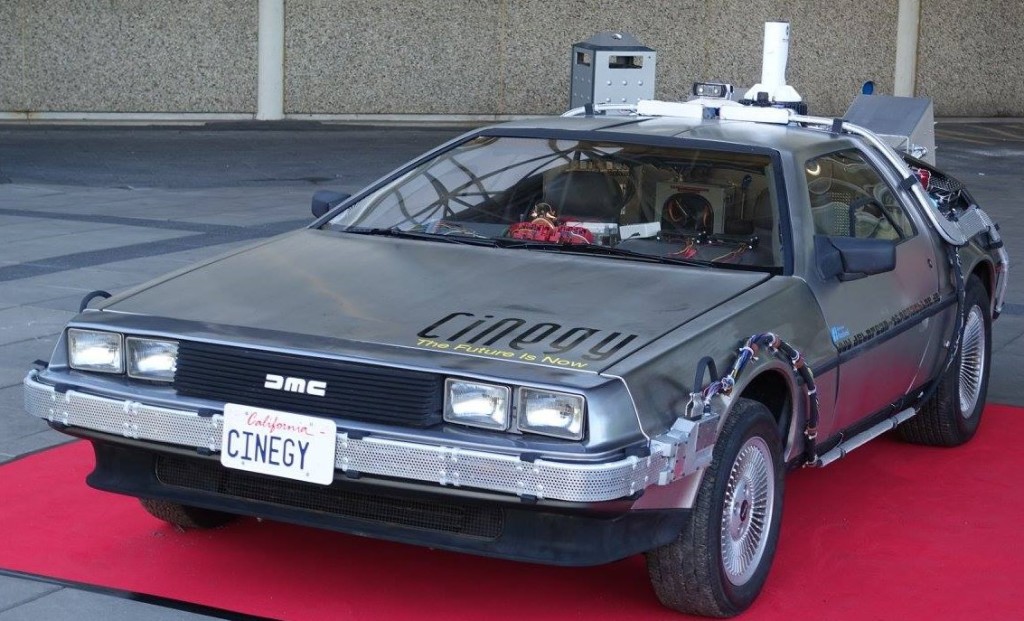 Consider, for example, the format wars. Remember competing videotape formats and HDTV structures? Format wars are back. Cinegy has been pushing IP (internet protocol) connections instead of SDI (serial digital interface) for some time, but there wasn’t just one version of IP for television at IBC. NewTek, for example, introduced its open NDI (network device interface) at the show.

That’s for connecting devices. Squeezing their data through an IP pipe is a different issue and one with its own format wars.Higher spatial resolution (4K) seems to demand some form of bit-rate reduction (“compression”), preferably of a mild type (“mezzanine level”) so that it won’t affect image quality in production and post-production. TICO could be found at many booths (“stands” in IBC lingo), but so could many other options. 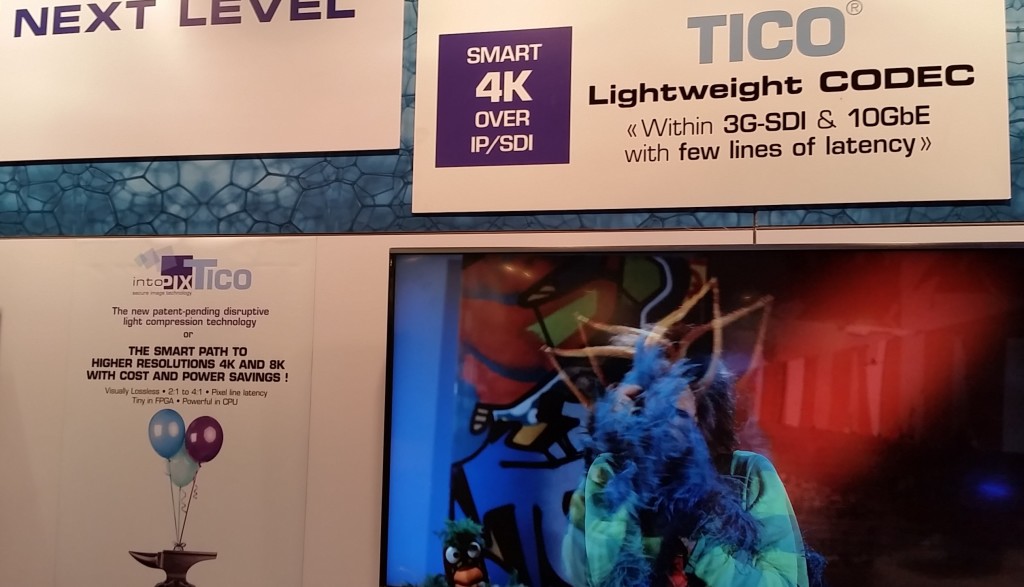 Higher spatial resolutions were the rage at IBC 2014. At the 2015 version, more attention seemed to be paid to higher dynamic range (HDR), which had its own format wars. The Philips version, requiring just 35 bytes per scene (not per frame or per second) was shown in one dark room (with the lights turned on for the photo below).

There were also many sessions about HDR, some covering HDR in movie theaters. Peter Ludé of RealD noted that their scientists separately measured the reflectivity of auditorium finishes (walls and carpet), seating and people in typical theaters. The results were that the people were the biggest contributor to light backscatter to the screen. He quipped, therefore, that, for best results, HDR movies should be shown in empty auditoriums.

There were cutting-edge technologies even for ordinary HDTV, from the BBC’s “Responsive Subtitles” (which increase comprehension by appearing with the speeds and rhythms of speech) to GATR’s inflatable portable satellite antennas. The Fraunhofer Institute, which at NAB showed the ability to re-light scenes in post thanks to their camera array, at IBC showed how tracking shots could be done without moving a camera.

Below is a composite shot, the scene outside the window added in post.

It looks like there was a camera move in the background, but, as the freeze in the video below indicates, the motion was all done in post production.

What might Franhofer show at NAB 2016? What other goodies will be on the NAB show floor?