Sony was awarded the Philo T. Farnsworth Corporate Achievement Award by the Television Academy at the 69th Engineering Emmy Awards held in Los Angeles on October 25, 2017. The award is presented to companies and organizations whose contributions have had a substantial impact on television technology and engineering in the broadcasting industry. 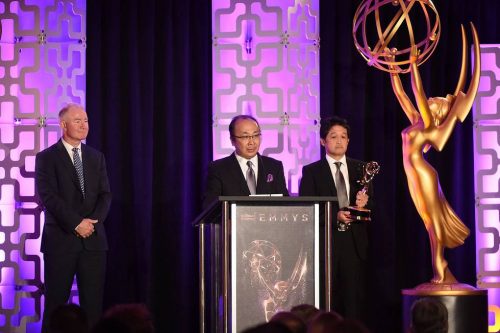 The Television Academy recognized that Sony’s contributions in technology, content and services have significantly influenced all areas of television production.