Besides live coverage, daily highlights, clips, and interviews will be posted throughout the Games

Eurosport’s massive production efforts for TV viewers across Europe will be complemented by a similar effort on the digital side. Facebook communities in Germany, Sweden, and Norway were able to tune in to Eurosport’s live coverage of the PyeongChang 2018 Opening Ceremony last night. And, for the duration of the Games, they can expect daily highlights, clips, and interviews to be posted throughout the Games on Eurosport’s Facebook Page across key European markets. 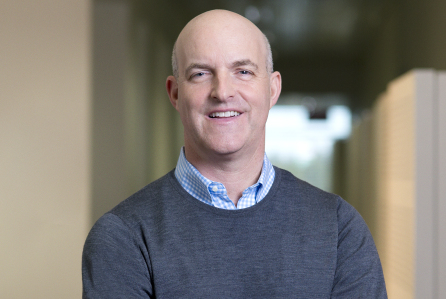 Mike Lang of Eurosport says the digital provider will stream every minute of every PyeongChang event to 48 nations.

For the first time ever, says Michael Lang, president, DNI Digital and Eurosport Digital, one digital provider, Eurosport, will stream every minute of every Olympic Games event to 48 nations in Europe. And social media is an important step to grow the Eurosport presence.

“Partnering with Facebook expands our reach, promotes www.eurosport.com/Olympics, and encourages audiences wanting to watch the ice hockey, snowboard, and other Games events to download the Eurosport app,” he says. “We are committed to redefining the Olympic Games experience and, in addition to streaming every event live and on-demand, our use of Eurosport experts, athletes, digital influencers, and first-of-its-kind mobile studio will bring digital audiences closer to the Games than ever before.”

The Olympics bring communities together like few sports events can, notes Dan Reed, head of global sports partnerships, Facebook. “We’re excited to partner with Eurosport to enable fans in Europe to watch and connect around the Olympic Winter Games on our platform. We look forward to collaborating closely with Eurosport to help it reach new audiences and optimize its Facebook strategy throughout the Games.”

In addition, as part of an ambitious digital strategy, Eurosport is working with digital and social-media influencers onsite in PyeongChang to amplify its coverage: for example, with Josh Carrott and Ollie Kendal, better known as the hosts of the Korean Englishman connecting Korean and English cultures to a social audience of more than 2.3 million worldwide. Korean Englishman will stream a daily 45-minute Livestream show called The Afterparty, with appearances by Eurosport talent, athletes, fans. and fellow influencers. Eurosport will leverage Facebook to amplify highlights from The Afterparty and other influencers to communities on the platform in Europe.

For more of our coverage from the PyeongChang Winter Olympic Games, including interviews, videos, podcasts, and more, visit our SportsTech Live Blog.