Live From NBA All-Star: ESPN Is All About Fun for Celebrity Game Production

The operations team relishes the opportunity to focus on entertainment

With a cavalcade of celebrities taking the floor, ESPN personalities coaching, and even a “four-point line” added to the mix, the NBA All-Star Celebrity Game is all about one thing: fun. And ESPN is looking to take full advantage during its telecast tonight. In addition to parading a rotating cast of celebrity guest analysts to the announce table, ESPN’s operations team is tasked with deploying specialty cameras and miking players and coaches to get up close and personal with the evening’s stars. 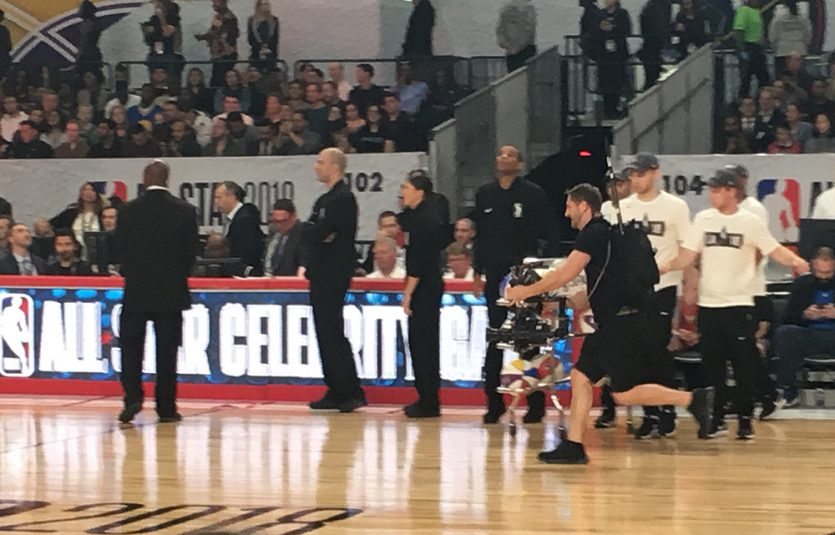 “This is really an opportunity to do something a little bit different and to have a little bit more fun in supporting an event like this,” says ESPN Operations Manager Patty Mattero. “Because it’s not that traditional basketball game, our production team is really trying to focus on the entertainment angle and show the fun and excitement of what the celebrity game is all about.”

Game Creek Video’s Spirit is onsite for the production at the Verizon Up Arena at the Los Angeles Convention Center, just across the way from Staples Center.

“This year, as in the past two, the celebrity game is not played in the traditional arena; it’s played in the convention center,” Mattero says. “That makes connectivity a little bit more challenging. We’re not directly in the arena to have access to all of the fiber on connectivity that we’re used to, but we’ve been able to work through it.” 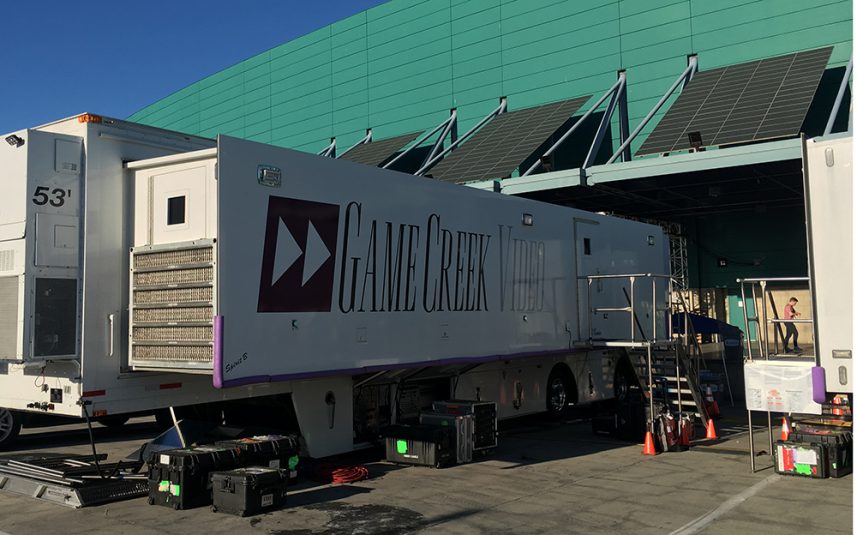 “We used the MōVI last year for the first time at Celebrity Game, and it was a great add, especially on the red carpet,” says Mattero. “The look is just smoother, and it’s great for this type of event.

ESPN’s The Jump host Rachel Nichols and fellow ESPN commentator Katie Nolan are serving as celebrity coaches for the game. Nichols is joined by Naismith Basketball Hall of Famer Tracy McGrady and actor Michael B. Jordan to coach “Team Lakers”, while Nolan has NBA legend and ESPN analyst Paul Pierce and actor and recording artist Common to coach alongside here with “Team Clippers.” ESPN has miked both Nichols and Nolan and play-by-play announcer Mark Jones has the ability to converse with them throughout the telecast. In addition, several other coaches and players are being miked for the game.

“We are working with the NBA through the standard [miking] procedures, so they will be screened and work with us to determine what will be used on-air within our production,” says Mattero. “On top of the coaches, quite a few players will be miked. Because of the celebrity aspect of this event, it is ever evolving and changing, so we have to have the ability to react and be flexible, which makes it really exciting.”

In addition to the ESPN domestic telecast of the Celebrity Game, ESPN’s operations team is supporting Tencent (through its partnership to create content in China) and ESPN International’s All-Star coverage throughout the weekend. Tencent is on hand with its own commentary position and additional cameras for pre/postgame interviews. ESPN International’s commentary will be off-tube at ESPN headquarters in Bristol, CT.

CLICK HERE for this year’s full lineup of celebrity players.

For more of our coverage from the 2018 NBA All-Star Weekend, CLICK HERE.