NBC Olympics’ operations for the PyeongChang Olympics span the globe. The production team in PyeongChang is complemented by a similar team at the Stamford, CT, facility, where it is hard at work on a wide variety of activities. The two facilities are tied together via four 10-Gbps pipes, two for video and audio and two for data needs like file transfers. 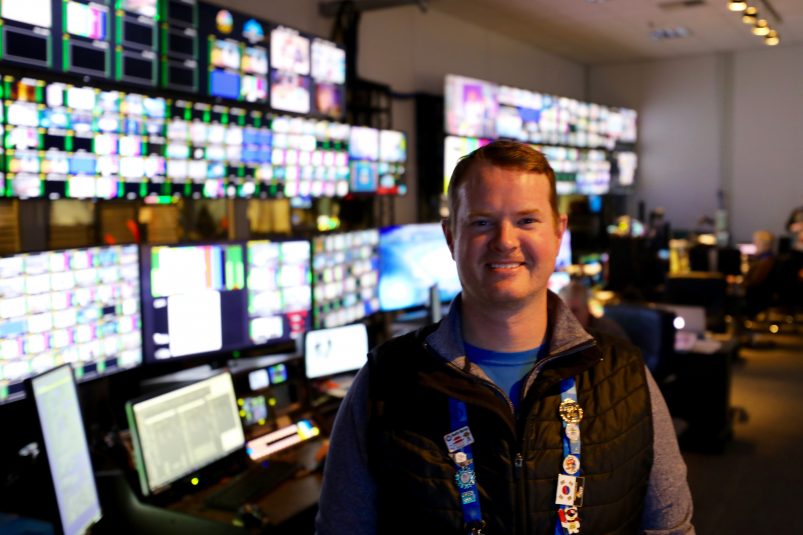 Chris Connolly, senior director, transmission engineering and operations, NBC Sports, says that using separate cables across the Pacific provides diversity for signals sent via OBS to Seoul and then, once they hit the U.S., to Los Angeles via Telstra and then AT&T.

“AT&T has been a very good partner for us, and Telstra was working OBS a couple of weeks back when an earthquake in Thailand caused a cable outage,” he says. “They made sure the cable was repaired in a timely fashion.”

A team in the U.S. led by VP, Engineering, Tim Canary and including Transmission Associate Engineer Jarrett Frazier oversees the entire transmission network and looks for things like latency issues.

“Signals are traveling such long distances that network latency is an issue,” notes Connolly. “So we use JPEG2000 to keep latency as low as possible.” Typical latency is about 200 ms for the 108 signals.

At-home–production efforts have gone quite well. Games at the Hockey 2 venue are produced in Stamford.

“It’s one of our biggest multicamera venues going back to Stamford, and it has been quite successful,” says Connolly. “People have been comfortable with the communication back home, and we expect to see more of that for the Summer Olympics in 2020.”

On the MPEG2 side of things, Ericsson is helping out with support onsite and also at 30 Rock in New York City. Ericisson encoders and decoders are used for backup over satellite and also for encoding for digital-production needs.

“One thing that we have learned is, you always need to prepare for every possible failure,” 0bserves Connolly. “But the team has been good, as we have a lot of veterans. The team is holding up. It is long hours, but it is a Winter Games so there are not as many sports as in a Summer Games, and it’s not as crazy.”