Subscription streaming service will cover a variety of Western sports

The latest sports organization to launch its own subscription streaming service is Professional Bull Riders (PBR), which debuted RidePass on Feb. 12. Currently available through iOS and Android apps as well as desktop browsers, RidePass offers fans live events, on-demand highlights, and original programming for $83.88 per year (which works out to $6.99 per month) or monthly payments of $7.99. 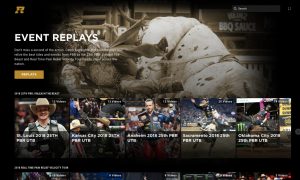 PBR is a 25-year-old organization started by 20 experienced rodeo bull riders who tossed in $1,000 each. It has grown into a global force that operates in five international territories and thrills 700,000 fans per year at events. It signed TV deals with CBS and CBS Sports in the U.S. and other networks in Brazil, Canada, and Australia. It runs two tours — Unleash the Beast and the Real Time Pain Relief Velocity Tour — and has seen its TV-viewing numbers climb. Two years ago, PBR was acquired by a company now named Endeavor.

Although RidePass is a new offering, PBR isn’t new to streaming. The organization previously offered a free ad-supported service called PBR Live. Consider that a beta product meant to test the waters. Based on its success, PBR put together a business plan and created RidePass. The service gives fans more of what they love: although CBS broadcasts 14 of the organization’s annual events and CBS Sports offers another 36, that leaves a lot of bull riding for RidePass to live-stream.

There’s more to the service, though. PBR sees RidePass as an OTT play that will cover a wide variety of Western sports. The organization just signed a deal to represent the media rights of the National High School Rodeo Association, which counts 12,000 student-members competing in hundreds of events each year. PBR will create new media opportunities for the NHSRA, including streaming some events to RidePass.

Fans of PBR’s events will like RidePass’s DVR functionality, which enables them to pause and resume the action. The service will deliver around 500 hours of live event coverage each year, as well as a large library of on-demand content. PBR maintains a library of 7,000 bull-riding assets, and 1,500 of them are available through RidePass. Most of that content comprises highlights from the 2016 and 2017 seasons, as well as iconic rides from PBR’s long history.

“We’ve long felt that, among Western sports fans, there is a significant amount of unmet demand in terms of fan passion for more coverage of Western sports: not only PBR but broader rodeo and Western sports as well. It’s a hugely passionate fan base,” says Chad Blankenship, SVP, brand marketing and digital, PBR. “RidePass is an opportunity to bring them more PBR and more Western sports in general.” 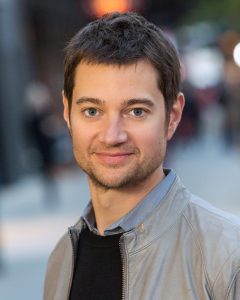 PBR’s Chad Blankenship: “We’ve long felt that there is a significant amount of unmet demand in terms of fan passion for more coverage of Western sports.”

RidePass will offer two original series, the first of which is already online. In Keeping It 90,” humorous online personality Dale Brisby steps in as a coach to help two-time world champion J.B. Mauney recover from injury. (“Keeping it 90” is a bull-riding expression that means scoring over 90 points on a ride, which only elite riders can pull off.) Coming soon is In Color, a docu-series that interviews key people in the bull-riding world.

To make sorting through catalog highlights easier for fans, RidePass offers curated content. It might feature a playlist of past winners just before an annual contest, for example. Viewers who want to see bull riding go wrong should check out the rides-and-wrecks highlight reels.

PBR had this service in mind when negotiating with CBS and CBS Sports, keeping one-third of its elite tour events exclusive to RidePass. It also retained next-day VOD rights for all TV telecasts.

PBR produces all its events in-house, even for TV broadcast. It works with a Teredek board and encodes streams through a Wowza Amazon Web Services (AWS) instance. The feed travels to Endeavor’s team in the UK before going to content-distribution network Akamai for home streaming. Website playback is handled by JW Player. The service doesn’t currently carry ads but will begin with a light ad load on live event coverage in the next few months.

Look for platform improvements to show up soon: PBR’s product roadmap calls for the service to support Amazon, Roku, Apple TV, Xbox, and PlayStation devices over the next three or four months. PBR is also looking to sign more rodeo sports.

“One of our key priorities is to continue to strike media-rights representation and distribution deals with partners we think make sense for the product, when we can put deals together that make sense for both parties,” Blankenship says. “We’ve got another half dozen of those in the works right now. We want to bring some of the best-known, highest-quality rodeos to RidePass. We’ve already got some of them right now that we will, as a strategic priority, be looking to bring to RidePass over the next 12-24 months.”