The memorial service for Barry Johnstone, chairman of EMG’s UK companies and a member of the Sports Broadcasting Hall of Fame, is now available for viewing on demand. 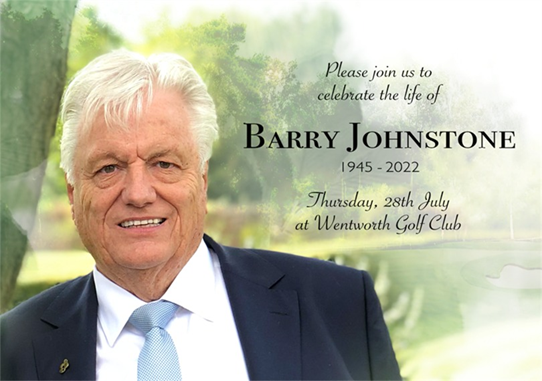 Johnstone, chairman of EMG’s UK companies, co-founder of CTV in 1980, and a key industry figure in the UK and global sports production marketplace for more than 40 years, died of a heart attack on June 23. He is survived by his son Adam, Ben, and Lucy.

Johnstone was inducted into the Sports Broadcasting Hall of Fame in 2013 and in his Hall of Fame biography he said he was proud of only having three jobs during his long career. Born and educated in New Zealand, he arrived in the UK in 1970 and from 1971 to 1980 he was International Director at Magnet Records. In 1980 he co-founded a small post production facility which was acquired by Carlton Communications, and the company was rebranded Carlton Television Facilities (CTV). In 1981, Barry was appointed CEO and broadened its services in the mid 80s to include studios, OBs and transmission/playout. For more than 40 years Johnstone would remain at the center of one of Europe’s leading mobile-production-truck providers. Since beginning work at age 15, Johnstone has had some remarkable adventures, but OB trucks were his love and business passion.