Since being founded in 2013, Pixellot has helped blaze the trail for automated sports production. The company’s AI-powered production systems help automate live sports capture, distribution, and production of more than 150,000 games per month in 67 countries across the globe.

And Pixellot continues to grow. Last month, the Israel-based company announced a $161 million Series D round — the largest funding round in Israeli sports-tech history. PSG, a Boston-based growth equity fund, led the round.

SVG sat down with David Shapiro, president, North America, Pixellot, to discuss some recent AI-automated productions, how Pixellot’s broadcast solutions have opened up a whole new world for underserved sports properties; where AI automation is being seen on higher-profile sports productions; how these tools can help athletes grow fanbases and further their own Name, Image, and Likeness (NIL) activities; and what Pixellot’s technology roadmap looks like. 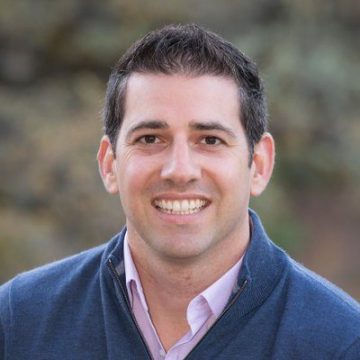 Pixellot’s David Shapiro: “We are beginning to see more innovation to find a way to produce higher-level games in a more cost-effective way.”

Pixellot has been busier than ever lately. What recent productions that you’ve been a part have helped advance AI- automated production?

The MLB Draft League and MLB Appalachian League are both leagues that run across about 20 different venues. College-age athletes that the MLB have identified as potential draft picks play in these two leagues. Our technology is giving them the ability to produce 100% of those games. This summer, between May and August, we will produce roughly 500 games across the two leagues. The games will be streamed on OTT platforms that we’ve built for both leagues, and then MLB selects certain games that will be available on the MLB network as well.

Pixellot’s largest example in the U.S. is PlayOn Sports, where the technology is installed in about 15,000 high school fields and courts across the country and will produce close to a million games a year for the NFHS Network.

We have another venture we’re working on to bring even more access and games to other regions in North America, so stay tuned.

How has AI-enabled production opened up live broadcast to underserved sports properties over the past few years?

Also, small colleges, below the Power Five schools like Texas A&M or Stanford, were not producing games, but Pixellot technology has enabled these colleges to have production. With our newest product, Pixellot Air, we are enabling production all the way down into youth sports, so everything from 5-year-old kids up through high school sports.

How has the sports-production industry’s view of AI-automated production evolved? Are you seeing more companies embrace this technology beyond just smaller/lower-profile events?
Yes, production companies are starting to look at how they can do productions more cost-efficiently. There are companies like Rush Media, who are producing all the games for the Big East, which FloSports has the rights to. They’re using our solution as part of the production solution. They are adding additional camera angles, using us as the traditional Camera 1 and adding the other camera angles and putting it through a mixer to mix those different angles. I think that we are beginning to see more innovation in the industry to find a way to produce higher-level games in a more cost-effective way, and Rush Media is the best example of that.

How can AI-driven approaches help athletes grow fan bases and further their own NIL activities?
NIL is the big topic right now in college sports. It is becoming a recruiting advantage if you are able to provide opportunities for your athletes and to open doors for them to generate revenue because a scholarship goes only so far. A lot of sports, like baseball, give only partial scholarships, and so NIL is being seen as a way to supplement that.

For a university to maximize NIL for their athletes, they need every practice and every game filmed so that the athletes own all the high-level content. Then they can use the content on their own marketing social-media channels. AI-automated production will play — and is playing — an important role in the growth of NIL and the college industry.

What are some of the latest enhancements to the Pixellot platform that enable live-sports producers to deliver even better live broadcasts?
The end-to-end solution and the service proposition certainly play a major role in our growth. Now, in addition to just doing automated production, we also offer a white-label OTT solution so that, if a rightsholder — which could be a league, college, tournament organizer, or even a sports complex — needs a way to distribute the content, we have a white-label OTT that’s built for them.

Major League Baseball is using Pixellot’s white-label OTT for both the Draft League and the Appalachian League. Cooperstown All Star Village, which is a large facility near the Baseball Hall of Fame in Cooperstown, NY, is using it, as are several other partners. They are using it as an enhancement, [providing] the ability to charge a subscription or charge pay-per-view, know who your users are, cut clips, and monetize content. In a lot of different ways, we are making things turnkey for their partners.

The improvement to Pixellot Prime is another enhancement. It is Pixellot’s highest-end solution where we have 1080p 60 fps, which is broadcast-quality production.

Has the explosion of streaming and OTT channels increased demand for AI-automated production in recent years? How has Pixellot adjusted to fill this increased demand?
Pixellot has certainly increased the demand for automated solutions. Just look at the cost of doing general business worldwide. Pixellot has seen incredible increases, in terms of labor, materials, shipping, etc. Companies need to find a way to produce more efficiently, and Pixellot is the answer to that.

Also, with all the growth and OTT channels, there is more demand for more content. Content is becoming even more localized and tailored, and the way that you capture a lot more content is through automated production. It does not become efficient if you need to scale up the number of people and amount of equipment that you’ve got to have in order to meet those demand needs. That is why so many of Pixellot’s partners have adopted our technology.

How do you see the use of Pixellot and automated production tools like it evolving in the coming years? What are some potential high-growth areas? How will the technology continue to mature and become even more efficient/high-quality?
Our DoublePlay baseball solution is a good example of how Pixellot is evolving. For the first time, Pixellot has multiple cameras with automated switching. The base solution right now, for all the other sports, including the rectangular sports, is that you have multiple cameras but they are all coming from one angle. In baseball, softball, and cricket, Pixellot realized that it did not work to be just at one viewpoint. The baseball solution started out as just being behind home plate but has evolved to having a camera behind home plate and a camera behind centerfield.

Pixellot has built AI to tell the computer when to switch between camera angles according to the game state. An example would be, when the pitcher is on the mound and the hitter is in the batter’s box, the viewpoint is from centerfield, which is where you see 80% of the MLB’s broadcasts. Once the camera determines that the ball has been hit off the bat and is in play, the production transitions from the center to the home-plate camera. Here, you see a wider angle from home plate that zooms in on where the action is on the field.

Pixellot has received incredible feedback and a lot of demand in baseball and softball for this product because no one has anything like it. We think the logic that was built could be used for the rectangular sports as well — soccer, basketball, football, etc. — by adding goal-line cameras in football or behind-the-basket cameras in basketball, while creating some logic to tell the cameras when to switch angles to give the production more of a personalized feel, as if you have a director in the booth who is deciding, even though the AI is making the decision.

Youth sports is a very big growth opportunity. The number of athletes widens as you go downstream, and, a lot of times, those athletes care about their content: being able to share it with friends and family members but also using it for recruiting so that they can get recruited to a college or a professional team in Europe. As previously mentioned, All Star Village in Cooperstown [has] incredible viewership and interest in the Pixellot technology.

Another big thing is that it needs to be mobile, which is why we created the Pixellot Air: so that mom, dad, or coach can take on the sidelines and be able to produce a game.

Any other big news or messaging from Pixellot you’d like to share with SVG readers? Do you see any big commercial or technological trends that you believe will have a significant impact on the industry in the coming 12-18 months?
The big news is that Pixellot raised $161 million recently, which was a significant raise for us and for the industry. That amount of funding will give us the ability to capture this market in an even bigger way. A lot of the growth we will see is in the amateur sports that we mentioned earlier. They are a big opportunity, [along with] growth into new geographies across the world. As of right now, most of Pixellot’s business is in North America and Europe. We are exploring growth into other parts of the world, such as China, India, and other parts of Asia.