The first time Darryl Jefferson, NBC Olympics, VP, broadcast operations and technology, worked an Olympics in Beijing it was for the 2008 Summer Games. At the time the biggest challenge was adjusting to a massive influx of HD material. This year’s Games, however, provided a whole new range of challenges. Jefferson shares his thoughts on the efforts, the workflows, and more.

Can you give some quick bullet points on the ecosystem at the IBC and how it has adjusted given all the work being done from home? 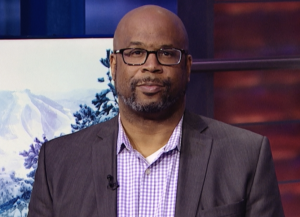 You introduced some new file-based workflows at the last games, then HDR and enhanced audio as well. Have those workflows been adjusted at all since Tokyo or did you keep things pretty much the same?

In Tokyo, the likely contributors to our Primetime show (“A” Venues, for example) were largely in country, with almost every tier of other sports moving back to Stamford. This created a natural division between logically grouping all HDR content in country, and keeping SDR country in Stamford. This Games, many, many more feeds either had to start or deliver into a format that was different than what the project began with, based on which deliverable was assigned.

In Tokyo (and over the years) you have made it clear that there are benefits to having editors on site, feeling the pulse, etc. Were editors in Beijing?

We did have a handful of edits on site, and a few at neither site as they were editing from home. Some of what is missed is the presence of an understanding of the texture of the host city, first-hand experiences with the inhabitants of each port of call, man-on-the-street explorations of the city’s attractions, and of course, face-to-face athlete interviews

OBS delivered more content than ever to you and your teams for a Winter Games. Have you adjusted workflows to handle the additional content?

We have been able to make use of more of the Content + and Multi-Clip Feeds (MCF), and the Multi Distribution Service (MDS) for digital. Because of fewer aggregate sports than a comparable Summer Games, we were able to handle the greater payload.

In Tokyo you were doing some work with EEG on automated captioning. Was that back for Beijing and how has it been going?

In addition to the Human Captioning we do with VITAC for linear, we again deployed EEG to execute AI Speech-to-text captioning for our digital only services, including Peacock delivery. AI does pretty well, though sometimes requires phonetic pronunciation on proper names.

Any other new technologies that you would like to discuss?

We doubled down on our “Friends & Family” efforts that deployed cameras to Olympians family and friends for watch parties, live reactions, and a glimpse into the support systems that help propel these athletes into rarified air.

How has your team performed under very challenging circumstances?

The biggest challenge, hands down was the parallel production of the Super Bowl, largely executed by the same individuals that would have executed just the Olympics. The concept of planning and executing the two largest events in parallel was extremely difficult. In a close second was needing to divide the team into thirds to cover in country needs, at home needs, and needs of Super Bowl and other events. It has been a whirlwind, and we are still in Q1.

I couldn’t be more proud of the teams that have planned two Olympics and a Superbowl in a single calendar year in the pandemic era. We throw around “best in the business” but the dedication and sacrifice to pull these past months off is nothing short of epic.