At the IBC Show, Sennheiser presented its new action camera microphone at the joint Sennheiser/Neumann stand, and at the IBC Future Zone. This new microphone will allow GoPro users to match the footage they capture at the extremes with high-quality audio. Demonstration videos recorded with a prototype highlight the microphone’s sound in scenarios where audio recording currently yields poor results or is not possible at all. Commercial availability is planned for March 2017. 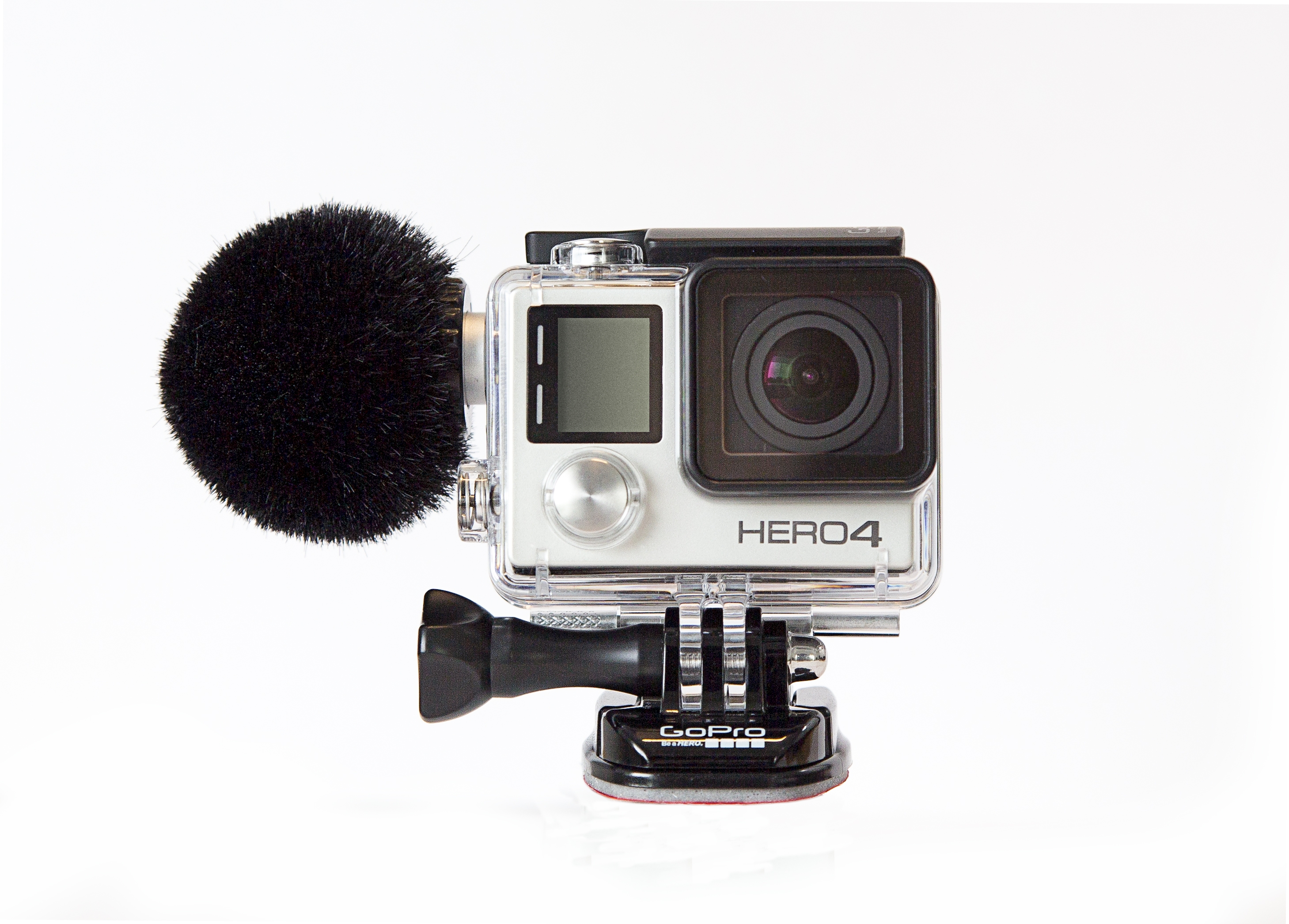 Sennheiser’s forthcoming microphone for action cameras has been designed to be the ideal audio partner to a GoPro.

“Achieving uncompromising sound quality for extreme sports footage has always been a challenge, and more often than not, extreme athletes had to tone down their expectations regarding audio quality,” says Kai Lange, product manager, Broadcast and Media. “Our forthcoming action microphone will solve these audio issues and allow users to create compelling videos.”

Taking excellence in sound recording into adventurous new territory
Developed within the framework of the GoPro Developer Program, the forthcoming action camera microphone is based on a professional Sennheiser miniature microphone that features an internal protective diaphragm, a so-called Umbrella Diaphragm, which is located above the acoustically active membrane.

A newly developed windshield makes the mic waterproof and nearly immune against snow, ice, and wind. As a result, it will be able take on virtually anything the elements can throw at it, enhancing GoPro footage with incredibly high-quality audio even during extreme sports activities such as surfing, climbing or mountain biking.

“We use a special foam material for the windshield, which ensures that the mic can even be used for water sports while fully retaining its wind protection properties,” explains Kai Lange. “A classic hairy windshield or a classic foam windshield could not do the job – if they get wet, there will be no protection whatsoever against wind noise. We have taken on this challenge with an innovative new design.”

Currently, the windshield is in the later stages of development, fine-tuning it in readiness for the commercial availability of the microphone, which is expected for March 2017.

Sennheiser launches new 27 series broadcast headsets
In other Sennheiser news, the acoustic sealing of a closed, circumaural headset combined with a lightweight, comfortable design – this is the hallmark ofSennheiser’s all new 27 series broadcast headsets, which were introduced at this year’s IBC. The line comprises the HME 27 with electret microphone, HMD 27 with dynamic microphone and the HMDC 27, which is additionally fitted with NoiseGard active noise reduction. All headsets in the 27 series comply with the EC directive on noise in the workplace, and feature a fully modular design that is compatible with its sister line, the 26 series.

“The 27 series is our latest offering for commentators and high-quality intercom use,” said Nicole Fresen, product manager, Broadcast and Media. “Extensive field tests with broadcasters have shown that these models are outstanding in their combination of effective noise isolation with excellent comfort for the wearer.”

Unlike other closed, circumaural headset models on the market, the new 27 series is lightweight and compact, and will remain comfortable over long working hours. Soft earpads have been combined with Sennheiser’s classic ‘split’ headband, which opens automatically when the headset is put on and keeps the sensitive fontanelle area of the head free from pressure. For users who prefer a conventional headband, a wide headband padding is included that converts the two-piece headband into a single piece.

All three headsets comply with the EC directive on noise in the workplace, as they are fitted with a switchable ActiveGard function that protects the commentator against noise bursts. ActiveGard reliably detects noise peaks above 110 dB, and immediately compresses the signal to 110 dB, ensuring that any transmitted information remains fully comprehensible.

The headphones have a wide frequency response of 8 to 18,000 Hz and a THD below 0.1 % (measured at 1 kHz, 100 dB SPL). They are fitted with a special cable, which has a small number of coils near the earcup that acoustically decouple the headphones from handling noise that would otherwise be transmitted through the cable.

The HMDC 27 with switchable NoiseGard active noise reduction is an ideal choice for commentator and camera work in loud environments. NoiseGard does not only increase intelligibility, it also protects the user’s hearing and avoids noise-induced stress and fatigue.

For ease of operation, the active noise reduction does not require batteries but is powered via the P48 power supply from the broadcast desk. “This is the only commercially available broadcast headset with ANR that has such convenient powering,” adds Fresen.

The design of the headsets is fully modular and compatible with the supra-aural 26 series, so that any existing cables can additionally be used with the new sister models. As the microphone booms are also compatible, broadcasters can ensure a consistent sound profile where both the 26 and 27 series are used.

The new HME 27, HMD 27 and HMDC 27 will become available later this month.