Intelsat was at IBC 2018 showcasing its latest transmission and contribution services, including the CellSat hybrid bonded-cellular/satellite solution (in partnership with Dejero) and the launch of the EpicNG High Throughput Satellite service. In addition, Intelsat highlighted several recent customer wins, including a contract extension for satellite services with Mexico’s Grupo Televisa.

During the show, SVG sat down with Intelsat VP/GM, Media, Rob Cerbone to discuss how the North American market has embraced CellSat and its upcoming launch in Europe, how Intelsat EpicNG satellites can serve Intelsat’s occasional-use (OU) customers, whether he’s seeing increased demand for 4K and 8K contribution services, and how the rise of 5G will impact C-band spectrum and the satellite sector overall. 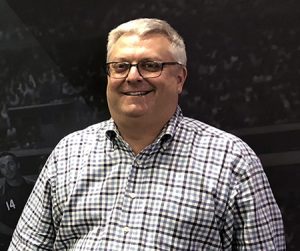 Intelsat’s Rob Cerbone: “We’ve got a satellite backhaul business to cell sites, and I think there’s a bigger opportunity for us with 5G in that capacity.”

How has the CellSat platform gone over in the marketplace since it was announced, and do you have any updates on its evolution?

I think things are going very well with the CellSat service in North America. I think customers weren’t quite sure what to make out of it at first, but, once they have actually used it, the response has been very favorable.

Do you plan to expand the CellSat service beyond just North America?

We’re actually getting ready to launch CellSat in Europe right now, and we expect to have it set up by the end of the year. We had a great reception this year when we did a demo at the Royal Wedding, which was obviously a massive live event with hundreds of thousands of people. It was a real test for bonded cellular since the networks were totally congested. One of the major Canadian broadcasters was using CellSat on a trial basis, and they were consistently getting 6 Mbps to 8 Mbps doing HD contribution back to Canada. The service worked great, and they were very happy with it. As a result, we’ve seen increased demand here in Europe. By the end of this year, we’ll be up and running in Europe and North America and then see where it goes from there.

How do you see the CellSat platform evolving as technology continues to progress?

The next piece is really layering in a fixed internet connection via [Dejero’s] IP gateway. We are looking to exploit that both for contribution and for full-time [connectivity] opportunities. There is fixed broadband in a lot of places where these events are taking place, but the type of fixed broadband [installed] really depends on the venue and how many events they have there per year. We really think there’s an opportunity for us to leverage the fixed broadband that’s already [installed] and then layer CellSat on top of that. We can blend connectivity across the three different networks, so we’re pretty excited about that.

Over the past few years, Intelsat has launched five Intelsat EpicNG High Throughput Satellites. How has this impacted your business in the broadcast sector?

We’ve definitely been doing more OU on our EpicNG satellites. We are now launching our sixth high-throughput satellite, Horizons 3e, in the Asia-Pacific [region]. We’ve been trying to drive more usage on those because, initially, when [a satellite] goes up, there’s nothing on it. OU is an opportunity-based business, so we’ve been trying to get more usage on those EpicNG satellites. The good thing is that the satellites are higher power; they’re spot-beam rather than wide-beam coverage, so you can typically use less megahertz and a smaller dish, which is more efficient.

We’ve had some success in Asia-Pacific already. We had a major broadcaster doing contribution over one of the Epic OU satellites at the Singapore Summit, and it worked great. I think some of the old-school satellite people are not sure what to make of it, but then, once they use it, they’re, like, “Wow, this is really great.”

We successfully worked with Globo in Brazil on an 8K [live transmission] for the World Cup. The games were [delivered] on our IntelsatOne [fiber network] to our teleport in Atlanta and then [uplinked] to Intelsat 14 and sent to a movie theater [at the Museu de Amanhã] in Rio. We didn’t have any issues from a technical standpoint, but I think there’s still a lot that needs to happen in terms of the [8K] ecosystem and the interoperability necessary. I think we’ll still continue to see more and more interest in both 4K and 8K, but, as of now, it’s really limited to sports and big, cinematic events.

What role do you see for Intelsat and other major satellite providers in development of 5G as wireless providers look to free up more spectrum for these next-gen services? (NOTE: After this interview took place, Intelsat, SES, Eutelsat, and Telesat announced creation of a consortium called the C-Band Alliance, or CBA, in a move that could accelerate making mid‐band spectrum available for 5G services)
I think there’s a couple of roles we could play. With the C-band proposal, our goal is to try and preserve the band for media distribution and do what we can on that front while also making capacity available for the mobile carriers who need someplace to put 5G. We tried to put forth a proposal that we thought was a win-win: we preserve everything we’ve got going today while also creating capacity for 5G. The rest of the industry that is providing C-band distribution in North America — Eutelsat, SES, and so on — are on board, and we’re still pushing that forward with the FCC.

In terms of where satellite fits in, I think what’s interesting about 5G is that it really is heterogeneous, which is different from services you’ve seen before. So the big thing about 5G is, there are more and more cells and all those cells can’t be connected by fiber. Today, we’ve got a satellite backhaul business to cell sites, and I think there’s a bigger opportunity for us with 5G in that capacity. We [expect] that satellite will really become part of that whole network in terms of providing backhaul for 5G.