Brainstorm reported its best NAB Show ever in terms of visitor affluence to its stand and contact gathering. This show allowed visitors to enjoy the photorealistic demo driven by InfinitySet 3, the company’s virtual set and AR solution, showcasing hyper realistic augmented reality and in-context data-driven graphics, along with industry-first technologies that further enhance  between real and virtual content integration. 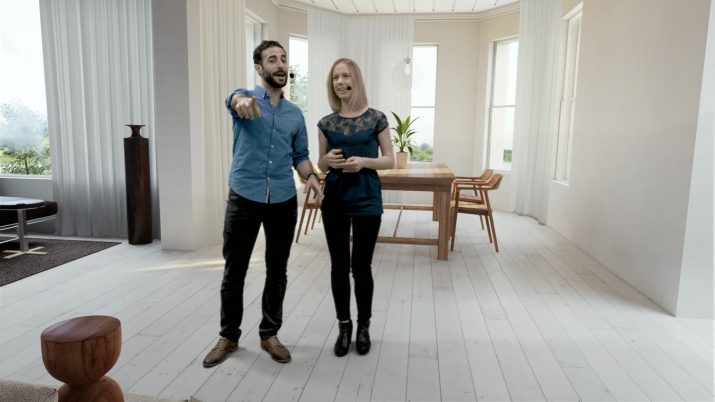 At NAB 2018, InfinitySet premiered new advanced features such as remote control of external light panels, which simplified the change of lighting conditions within the real set to match those of the virtual one, further enhancing the hyper-realism created by using Brainstorm’s Combined Render Engine, a seamless integration between the company’s eStudio engine and Epic Games’ Unreal Engine. InfinitySet also demonstrated real-time DMX control over external chroma keyers, which is also essential when light conditions change, better adjusting the chroma keyed characters within the synthetic background. Finally, the demonstration also showcased transitions between real, virtual and live sets in real-time, along with combined defocusing and depth of field, matching the focus/defocus of all the elements on the scene, regardless where and how they were generated. InfinitySet’s advanced features also allow to seamlessly create and combine real and virtual shadows on the scene.

Also on the booth, the AR pod featured an impressive demonstration of the powerful combination of a tracked camera with InfinitySet to create advanced storytelling using Augmented Reality objects and information, perfectly integrated in the resulting content. This application was essential in the latest Elections in Chile and was performing live on the Opening Ceremony of the Winter Games in PyeongChang, and more recently at the Wrestlemania event in New Orleans.

The Graphics products, headed by Aston and Neuron also received considerable interest at NAB 2018, coupled with the release of OnMedia, an end-to-end solution for managing virtual and augmented reality 2D and 3D graphics based on social media feeds. Aston was also an integral part of the public demo as it delivered the in-context data-driven AR graphics used by InfinitySet.

“We are proud of the amazing content our clients are getting osut of our products, as it has been proven in major events all over the world,’ David Alexander, Brainstorm’s commercial director. “At NAB, we were able to show such functionalities working perfectly in the complicated environment this Show is, with great results and extremely interested customers and new contacts. We are very much looking forward to see the outcome of this NAB, and new and compelling shows to be done with our systems.”