Aldea Solutions successfully concluded the live delivery of the Pyeongchang Winter Games to media companies around the world, including major broadcasters in France, Brazil and Mexico. 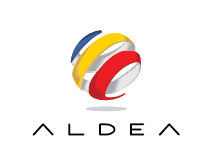 Aldea was retained by various broadcasters present at the International Broadcast Center (IBC) in Pyeongchang, South Korea to transmit the live feeds of the Games back to the main studios in their respective countries. Aldea is building upon its successes with past Summer and Winter Olympics, as well as with FIFA World Cup, dating back to 2006.

For Pyeongchang, Aldea was chosen for its expertise to deliver live sports content via its state-of-the-art encoding and fiber-optic network infrastructure ensuring the highest quality, reliability, security and lowest possible latency. For these Olympics, latency was a major consideration due to the large distances between South Korea and broadcasters’ home studios around the world. Aldea’s video services were further complemented by audio and data connectivity services for a full end-to-end communication solution.

Francis Cloiseau, head of sports production at France Télévisions, says about his Olympic coverage from Pyeongchang: “One new addition in this event is the use of Aldea for transmission services. It’s been working perfectly.”

“We are very proud of the vote of confidence that leading broadcasters continue to place on our company. The Pyeongchang Games saw Aldea facilitate remote production for some its customers, allowing them to undertake production services from their home studios,” Lionel Bentolila, CEO of Aldea, says.

“Aldea’s team of experts is consistently able to handle all the complexities behind an international live sports transmission, allowing customers the peace of mind to focus on the content.”

The event was managed by a highly experienced team of Aldea engineers on site in Pyeongchang, complemented by a dedicated operations team monitoring the event from Aldea’s 24-7 network management center in Montreal.