Quality vs. quantity: it’s the ultimate balancing act for content creators in the modern age. The internet is a beast that cannot be satisfied. In the case of booming digital-media company Barstool Sports, however, the question is not “either or” but rather “why not both.” 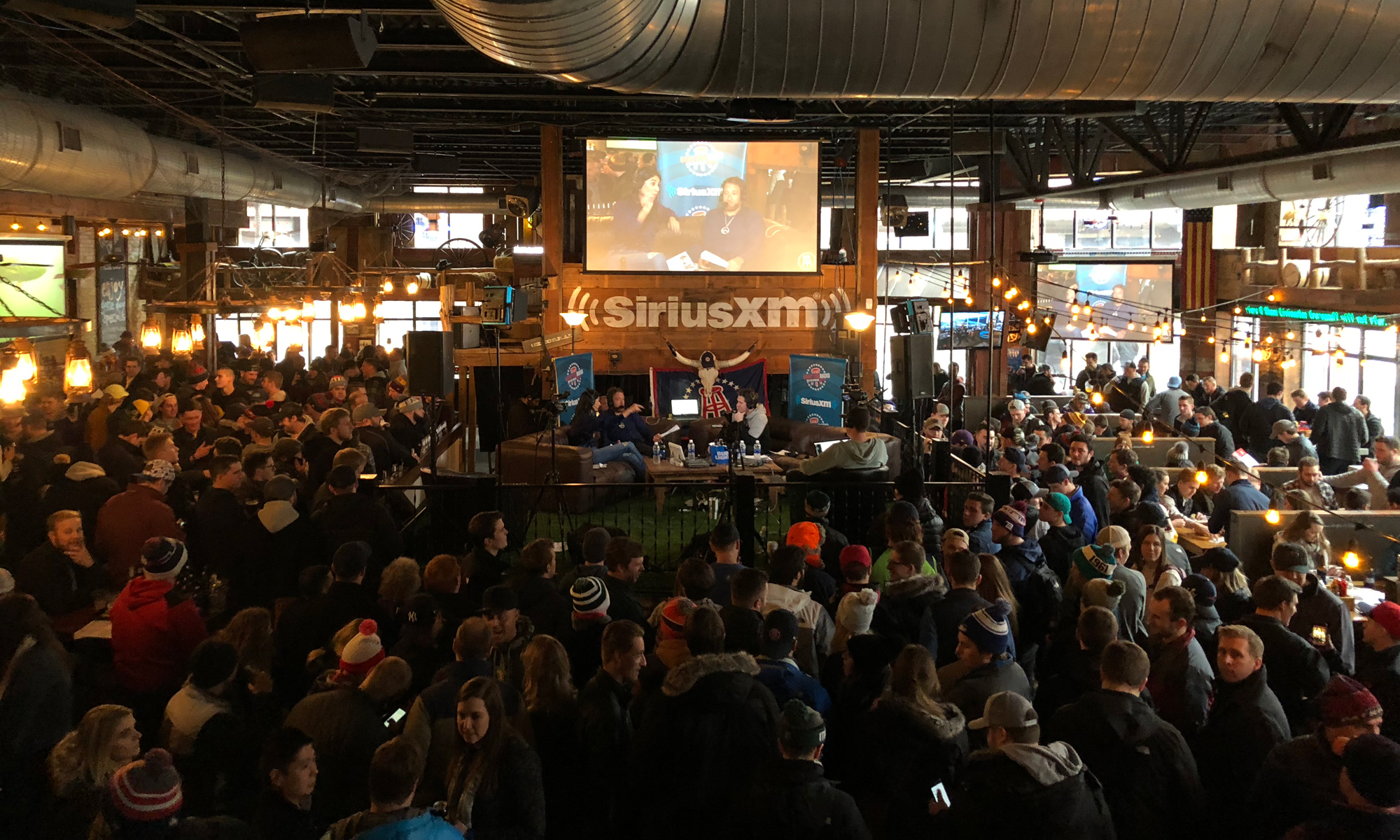 Barstool Sports set up residency at Cowboy Jacks, a bar in Downtown Minneapolis, for its coverage of Super Bowl Week.

Anyone who follows Barstool Sports knows that the company prides itself on its ability to churn out content at a furious pace, and Super Bowl Week is its grandest stage. All last week, Barstool took over the large Downtown Minneapolis bar Cowboy Jacks to serve as the nerve center for its presence around the big game, highlighted by 10 straight hours of live radio per day via its recently launched channel on SiriusXM.

It’s a dramatically different approach from Barstool’s effort for last year’s Super Bowl, when it garnered loads of attention hosting a nightly linear television show that ran live on Comedy Central throughout Super Bowl Week. Internally, the show was very well-received and deemed a success, but Barstool Head of Media Technology and Production Pete Overmyer believes that this year’s return to the company’s radio and digital-video roots proved a much better utilization of resources.

“I don’t think we realized it at the time how much oxygen the TV show sucked out of the room and how much work and attention it took,” he says. “It caused us to not be able do all the videos and all the content things that we want to do in normally covering a Super Bowl. We [had] time [in Minneapolis], and we’re really good at just sitting down and doing the radio. Obviously, it’s a difficult technical challenge being in a very crowded bar, but it’s not the level of time and commitment that the show needed. I think, in some ways, [this] is more difficult, but we’re getting a lot more out of it and definitely driving back to our kind of owned and operated platform, which is huge for us.”

Barstool traveled approximately 33 of its own New York-based staff — talent, producers, shooters, editors, technicians — to Minneapolis and didn’t tap into the local freelance community. (Says Overmyer, “We really believe that we’re the only one that can make our content.”) The company did enlist Aspera’s FASP software-based file-transfer technology to quickly deliver content both from Cowboy Jacks and ENG shoots around the Twin Cities to the New York offices, where more producers and editors were ready to put the finish touches on content for distribution.

On the first floor of the bar, the company erected a large “lounge” set, from which the 10 hours of live radio was produced. A radio activation by nature, the stage featured a three-camera shoot with Sony XDCAM PXW X70’s feeding into a Newtek Tricaster Mini. The produced show was fed to many of the screens inside the bar and streamed to the NYC offices for editing. Although Barstool was unable to live-stream its radio shows because of SiriusXM’s subscription model, editors in New York were able to churn out on-demand content from the shows at a rapid pace.

“We look at it as promotion,” says Overmyer. “If you see that great 4-minute clip of an interview on social, we want you to come and listen to the channel because there is 15 more minutes of that conversation that you didn’t get. We do it all day every day from New York, and that was important for us to be able to do that same thing from [Minneapolis], where we’re obviously at a higher-profile event and with the guests that we have.”

Besides the bar, Barstool also deployed up to seven ENG crews around Minneapolis during Super Bowl Week, capturing content at locations ranging from Radio Row at Mall of America to Super Bowl Live at Nicollet Mall. The camera operators shot content right into their cameras and returned to Cowboy Jacks to drop off cards for transfer of the files via Aspera to New York for final editing. 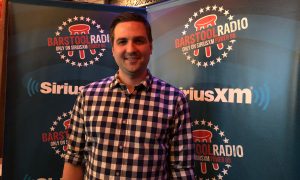 Barstool Sports’ Pete Overmyer’s advice for covering a high-profile event: “Bring what you can handle, start small, and really think about what you want to do and what you need.”

“We can basically produce double the content for the staff that we have on the ground,” says Overmyer, who was also working behind the curtain in Minneapolis with Studio Production and Digital Broadcast Technician Andrew Manley. Company CEO Erica Nardini was also visible, overseeing the organized chaos.

Although walking through Cowboy Jacks was like fighting your way through a rocking bar in a big college town on a Friday night, it was evident that the significant amount of planning that went into setting the raucous scene was thorough, especially from a technological standpoint. So, what advice would Overmyer give to other digital-media companies that might want to rethink the way they approach content and fan activation experiences at high-profile sports events?

“I think it’s two-fold,” he explains. “You’ve really got to know what you want to cover, what you want to do, what are those angles. We’re not in Radio Row — we’re not allowed — but that doesn’t stop us from being able to find those stories and those interesting things. Even the less sports-focused stuff that we’re doing is made more interesting just by our being here. There are interesting people and interesting stories.

“On the technical side,” Overmyer continues, “it’s all about figuring out the minimum [resources] you need to do it. If you’re smaller and you can’t bring a whole crew, then do what you can with that. Bring what you can handle, start small, and really think about what you want to do and what you need before you get out here, because it’s tough once you’re out here.”