The Super Bowl is one of those rare events for which one compound is simply not enough and is split into a domestic compound for the U.S.-rights holder and an international compound. This year, the former is home to CBS; the latter is home to NFL Films operations and the international rightsholders. Missing this year is the NFL Network, which is located in the Georgia World Congress Center (GWCC). And that is just fine with those who still call the international compound home because the NFL Network might not have been able to fit. 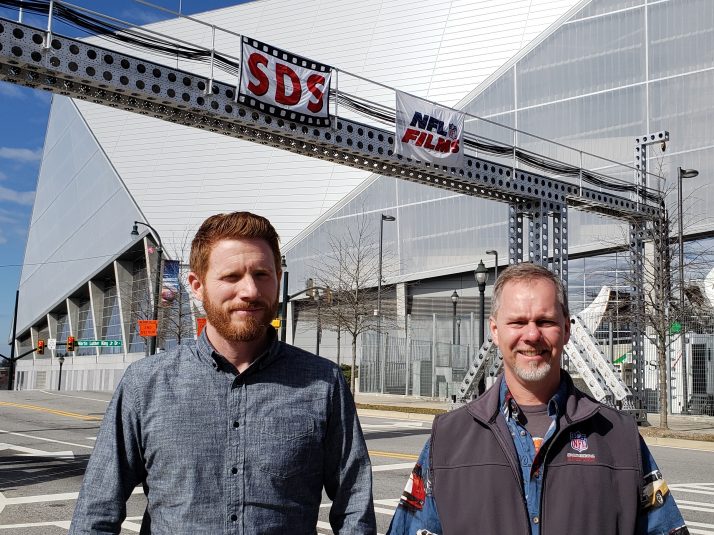 “The NFL Network would typically have four trucks in our compound,” says Michael Greenwood, director, engineering services, NFL Films. “We don’t have that this year, [that’s] a good thing: the compound is a little challenging because it is uneven.”

The NFL international compound this year accommodates 16 production units, including NEP’s EN1 A and B units, which will produce the world feed (the other trucks support international needs). There are also 23 production trailers and five satellite-uplink trucks.

According to Kevin Clifford, director, broadcast engineering, NFL Films, the redesign eliminated the need to have two routing switchers: the unit now has an Evertz Trinix router with multiviewer large enough to meet the demand with room to spare.

“It’s made a big jump this year,” he says, adding, “NEP did a really great job on it. They were involved with our signal distribution before, so they were very familiar with what we were asking for.” 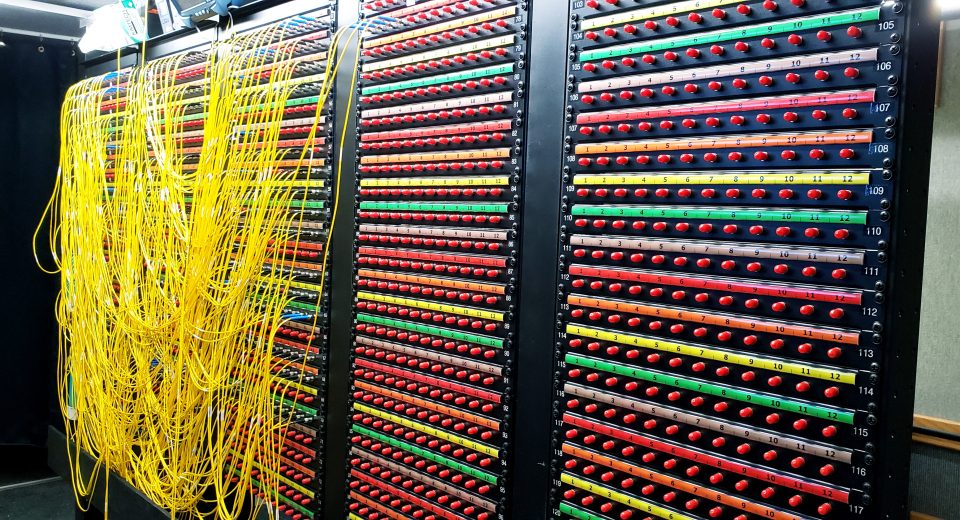 NEP’s Super B has been revamped to meet NFL Films’ growing fiber needs.

Clifford says another improvement this year is that Lance Design, which provides audio gear used in the compound, made the move to Dante, the uncompressed, multichannel digital-media–networking technology.

NFL Films operations are also located in the compound. The NFL’s team will deploy 32 Arri Amira cameras to capture the sights and sounds of the game and give them the NFL Films look. Nine players and coaches will be wired for the game. The days of flying film on a Lear jet to turn it around quickly have been replaced by a Signiant circuit to NFL Films in Mt. Laurel, NJ. Cfast cards are transferred from readers in the stadium to the NFL Venue Transmission Network in the stadium and then to SSD and local storage before the signal is sent north via Signiant.

One anticipated change for next year will be that the Butt Farm cable junction box located next to Super B will be moved from outside the truck to inside.

“Once we do that, everything will be combined in Super B,” Clifford explains. “Hopefully, next year, we will get rid of the last few pieces of copper for things like our intercoms.”

The NFL Core Group located in the compound oversees the fiber triangle  connecting Mercedes-Benz Stadium, State Farm Arena, and Georgia World Congress Center. There are 288 fiber strands from the stadium to the GWCC, 144 from the GWCC to State Farm, and an additional 60 out to Centennial Park.

“We are also taking some of the fiber transport from the State Farm Arena to a parking deck, where the domestic broadcasters are located,” says Clifford. “The run from the GWCC to Mercedes-Benz is 4,600 ft. over glass, which is the longest run we’ve ever done for a Super Bowl.”

The NFL has also built its own web-based application designed to keep track of every cable run, its status, which cables share a crosspoint, what client a cable is assigned to, notes, and more. It is also sortable, making it much easier to identify and, more important, solve problems.

“We can intervene from here to both ends of a run and what the issue is or if the cable length isn’t long enough or if it’s broken and needs to be replaced,” says Clifford. “At Super Bowl 50, we had a failure rate of 40% and, after deploying 50,000 ft. of fiber, had to shift things. A lot of what we’ve done here with this software would have mitigated those issues.”