NAB 2022 Perspectives: Eluvio CEO Michelle Munson on How Content Fabric, NFTs, and Web 3.0 Could Change Everything 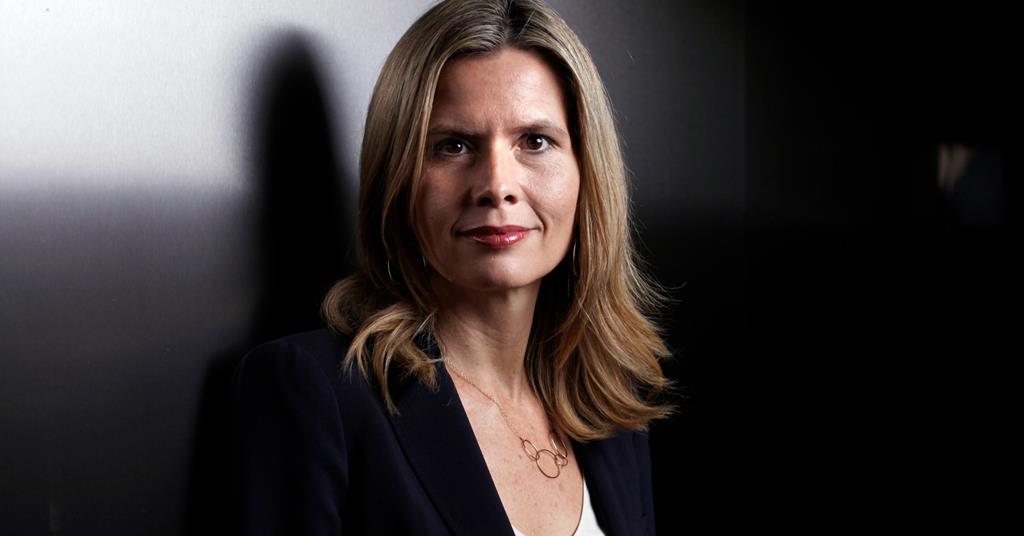 Eluvio’s Michelle Munson: “Every single thing we’re involved in is just unlocking the way you can tokenize video.”

There is a lot of discussion around technologies like blockchain, Web 3.0, NFTs. What’s your take on the latest developments?

There is an acceleration of where the internet’s going, and we’ve been very lucky that the Eluvio Content Fabric as a blockchain has evolved in both its capabilities and its uses in the ecosystem where all of these experiences and content gets built and then tokenized. Now third-party developers are building these frontend experiences along with node providers, and we are at the point where we’re having a contribution, both in terms of the backend validation and the provision of nodes into the network.

For example, Eluvio provides some of the core blockchain protocols for the media-application layer. We’re involved with the WWE Moonsault [official marketplace for NFTs], and that has taken advantage of a lot of the features in our Fabric kit and what we’ve built up in the API stack.

It’s all quite mature, and we’re getting some creative things going for what will be a multidimensional NFT experience.

There seems to be a lot of discussion around the Metaverse and Web 3.0. What do you think that experience will be like and how it will change content experiences?

I do think Web 3.0 is a much broader concept than the Metaverse on its own, which I think of as a certain type of new content experience. For example, Microsoft did a launch of Windows 11 where it was an AR60 concert with an in-experience NFT drop. It was the first of its kind and super-successful, with 120,000 NFTs minted over a week and 52,000 wallets. That is a retail Metaverse, which allows for augmented-reality experiences streaming on our platform.

When you combine the Unity Pixel streaming technology [that allows developers to stream rendered frames and audio from a remote-GPU-enabled computer] with NFTs as a means of ownership and incentive for achieving certain levels of knowledge or participation, you can create retail offers. As the customer goes through the shopping experience, they discover new things that sponsors are making for you and even interacting with them, like unlocking a room that you can access only with specific tokens.

NFT ownership can sort of gamify levels of knowledge. I think that interplay is one of the experiences that we are involved in that I think is super-interesting, and the production is there to do that sort of thing as the Content Fabric supports the interactivity and ownership by providing an embedded wallet experience. And last is Avatars, which can be associated with an identity, and a blockchain address is a great way to do that.

Let’s discuss a project you worked on, Dollyverse for Dolly Parton, that might help folks understand how this all could work.

We backed the live-streaming concert and an album NFT drop for Dolly Parton that was the premium event at SXSW in Austin. It was a four-hour live show from Austin City Limits where Dolly released her book Run, Rose, Run and the associated album. And the album dropped as an NFT to the Eluvio wallets. It was also a great test of this ad hoc environment because people were creating their own wallets and claiming their free NFT of the album as they came into the theater. It was tremendous. Nearly half of it was in 4K, and the input went directly from Austin City Limits to the Fabric with no intermediary. We effectively recorded it into the Fabric, and people could rewatch it via a Rewatch NFT, which was minted and permissioned on the marketplace. And the Fabric’s dynamic capabilities allow an existing wallet NFT to be updated.

With Web 3.0, the possibilities right now are wide, and all kinds of experiments are being done. It ranges from the more classical collector experience to this sort of experiential media ownership. But the common thread is fandom.

What was Dolly’s reaction?

I’ve been invited to speak in Nashville because of it, I think music is interesting: it’s more ear-to-the-ground on the internet because the industry has been through so much. I think music also desperately needs to get out from underneath the intermediary platform in order to increase the profitability. So I think that group has the highest motivation of all.

Does this future require wearing a VR headset and having an avatar of yourself?
In our case, the majority of the experiences that are being built with this tokenization are traditional fan experiences, where they were clearly not wearing glasses. It exploits both the entertainment and your Eluvio Media wallet. But, on the pure Metaverse side, the possibilities are wide open as to the design and the experience. That’s part of the challenge: making it so people enjoy it and reach them in a whole new way. For example, you can have a traditional TV show that can create a whole new fanbase that is basically an online Discord threat that exists because someone created a gamified collecting experience.

And is video a big part of this future?
Every single thing we’re involved in is just unlocking the way you can tokenize video. I think the opportunities are unlimited and all the right threads are being pulled on right now. This is my one plug for our Content Fabric protocol, because it allows for a representation to be owned by a given user but the base content rights are still enforceable by the owner of the copyright. That’s not possible in any other form, and it’s what everyone wants to do: get maximal trading on that representation without interfering with the underlying ownership.