How Good Is Good Enough?

As usual, there were many new, useful products announced at this month’s annual convention of the National Association of Broadcasters (NAB) in Las Vegas. As usual, there were also many new trends, one sparked by the the U.S. Congress and another by last month’s earthquake & tsunami in Japan.

At the event’s Digital Cinema Summit, not only 3D but also higher frame rates, greater spatial resolutions, and increased bit depths and color gamuts were discussed. Yet the announcement that startled me most was near the beginning of Panasonic’s press conference.

Normally, I don’t pay much attention to manufacturer sales announcements. They might indicate real interest in a product, but the sales could also be the result of many other factors, including sweetheart deals and existing infrastructure. 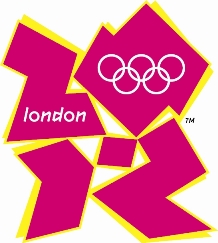 Panasonic’s announcement was about the 2012 Olympic Games in London. Like the Super Bowl and other grand events, the quadrennial Olympics are opportunities to showcase new video technologies. At the 1984 Games, for example, Panasonic introduced its fluorescent-discharge-tube-based Astrovision giant color screens with pictures visible in broad daylight.

What new technology might the company provide for the world’s top sporting event, taking place more than a year after NAB 2011? Might it be something to do with 3D? Panasonic introduced a new integrated 3D camcorder at the show, the AG-3DP1, with larger image sensors (1/3-inch format), greater-range lenses (17x), and AVC-Intra recording onto dual P2 solid-state memory cards.

Might it be something to do with AVC-Ultra, the company’s highest-grade video bit-rate-reduction system, capable of dealing with 1080-line HD at 60 progressively-scanned pictures per second or other signal types including 3D and Hollywood’s 2K 4:4:4? Might it be something beyond even that? 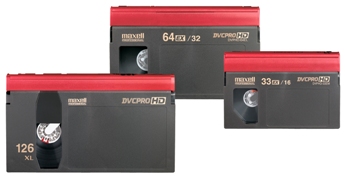 Alas, no. The startling (to me) announcement was that “the official recording format for capturing the London 2012 Olympic Games,” as specified by Olympic Broadcasting Services London (OBSL), the host broadcaster, will be–ready?–DVCPRO HD. Next year’s NAB show will be the 13th annual equipment show since that format was introduced (and the 14th since it was announced).

As the image above right indicates, DVCPRO HD was introduced as a tape-cassette-based recording format (although Panasonic noted that OBSL “will also use the P2 HD series with solid-state memory cards”). Like HDCAM before it, DVCPRO HD is also a sub-sampling recording format; it doesn’t capture full horizontal resolution even in luma (brightness detail). But it would appear that OBSL considers it good enough.

“Good enough” was a phrase that came to my mind at many places on the NAB Show exhibit floor this year. Consider Sony’s new OLED reference monitors. The BVM series was introduced at February’s Hollywood Post Alliance (HPA) Tech Retreat. They have a slight color shift with viewing angle but otherwise seem ideal for the production-truck market, where a 42-inch plasma screen in video control is generally out of the question.  And their price is in the range of similarly sized reference monitors using other technologies. 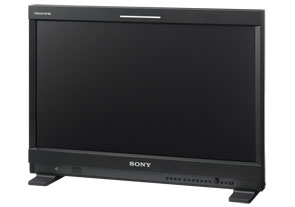 At NAB 2011, Sony expanded its offerings with a PVM OLED series at less than a quarter of the price (a discount of about 77%). Not only that, but the PVM monitors are even thinner than the BVM and include built-in controls.

Obviously, there have to be some drawbacks, given the extreme price difference. The signal processing in the PVM is not as high in quality as in the BVM, the flexibility is limited, and the OLED panels for the PVM are chosen from the manufactured stock after the top-of-the-line BVM panels have been selected and removed.

That might mean a bit less color-shift-free viewing angle. But another flaw was mentioned for the PVM panels: possible dead pixels.

In a sense, that’s no different from what Sony has done since its first chip-based cameras. Perfect image sensors went into the broadcast series, slightly flawed into the professional series, and more flawed into the consumer series. In cameras, however, bad pixels can be effectively “removed” by taking an average of the good pixels around them. In a display panel, there is nothing between the dead pixel and the eye to do any averaging (though Sony promised bad pixels would be off, never on).

In the choice between Sony’s BVM and PVM OLED monitors, the trade-off is clearly between cost and quality. At some other exhibits at NAB 2011, the parameters were less obvious. Consider, for example, the 52-inch “Professional 3D display” from Dimenco shown at the Triaxes Vision booth. It was said to have a “stunning and crystal-clear 3D image.”

From a 3D perspective, the autostereoscopy (glasses-free 3D) was superb. The image could easily be fused into 3D, and there was a broad viewing angle. The reason that part of the viewing experience was so good is that the displayed used 28 different views created from “2D-plus-Depth” information. Unfortunately, the display starts with ordinary HD resolution of 1920 pixels across. Divide that by 28 views, and you get some idea of how not-exactly-crystal-clear I perceived the resulting image.

That might be an extreme example, but there were many others at the show. Almost every 3D display there traded off either spatial resolution (in passive-glasses systems) or temporal resolution (in active glasses) or both. 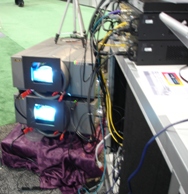 Almost every display did that. One that did not could be found at the Calibre exhibit in the North Hall. Among other products, Calibre makes scalers, and their PremierViewProHD-IW includes what the company calls “3D Left/Right Extraction & Alignment for Passive 3D Projection Systems.”

In brief, the scalers take the “frame-packed” 3D signal from a Blu-ray disc and convert it to two, separate HD signals, one for the left eye and one for the right. Each signal is fed to its own projector, simple polarizing filters are clamped in front of the projection lenses, and simple passive glasses are used for viewing, with no loss of spatial or temporal resolution.

The system might be used for viewing 3D dailies. That would require a relatively inexpensive way to create 3D Blu-ray discs. That’s what Pico House’s Easy 3D does. It requires only a laptop with a BD-RE drive. The trade-off on this one is that its input format is AVCHD–ideal for a small, relatively inexpensive camcorder like Panasonic’s AG-3DA1, not so good for systems recording on other formats.