ONE World Sports has appointed Todd Myers to the newly created position of Vice President, Programming, Acquisitions and Development. He will be responsible for the network’s programming acquisitions across all platforms for the USA and Canada, and the development of original content. 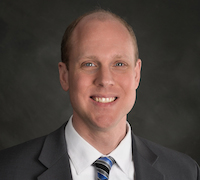 “Todd brings a wealth of experience in evaluating and acquiring globally popular sports franchises and events, as well as developing compelling content, that will resonate with our viewers who have a diverse interest and desire to consume sports on all platforms,” said Joel Feld, ONE World Sports Executive Vice President, Programming & Production. “With the addition of Todd, we will continue to grow the types of sports we acquire, expand the global footprint of these events and the methods of consumption for our viewers.”

Myers joins from ESPN, where he served for 16 years, most recently as Director of Programming & Acquisitions. Among other responsibilities, he led ESPN’s programming acquisitions strategy for cricket, rugby, CrossFit Games, ESPN Wide World of Sports, and global events with a focus on developing content for all ESPN platforms, including ESPN3.  Myers also oversaw all aspects of ESPN’s College Production business and was responsible for setting the strategic programming direction for ESPN On Demand content across all platforms along with ESPN’s electronic-sell-through business and Interactive TV.  He joined ESPN in 1999 as a producer after having served as a producer at WINK-TV, the CBS affiliate in Fort Myers, Florida. Myers began his television career as a Weekend Sports Director/Weekday News Reporter for KRTV in Great Falls, Montana, later moving to WOAY-TV in Oak Hill, West Virginia, as a News Producer and then Sports Director, before moving to WINK-TV.

“The popularity of international sports, especially among millennials, continues to grow at a rapid pace in the U.S. and Canada,” said Myers.  “ONE World Sports is well positioned to be the foremost authority on global sports across all platforms in North America.  I’m excited to join the ONE World Sports team and to serve global sports fans with the absolute best content across every device.”

In addition to several program rights acquisitions and renewals, ONE World Sports recently launched a ONE World Sports Originals unit, whose first production, “A Bridge to Cuba,” chronicled the New York Cosmos’ historic June 2015 friendly match in Havana against the Cuba national soccer team.  The network’s recent expansion onto digital platforms has included the authentication of its Watch ONE World Sports app with additional distribution partners and content launches on Verizon’s go90 and Sony’s PlayStation Vue.