Several of the Rio Olympics ceremony videos, including the opening ceremony video for the 2016 Rio Olympic Games, were created by Brazilian based O2 Filmes using Blackmagic Design’s DaVinci Resolve 12.5 Studio for editing and color grading, as well as Fusion 8 Studio for visual effects. 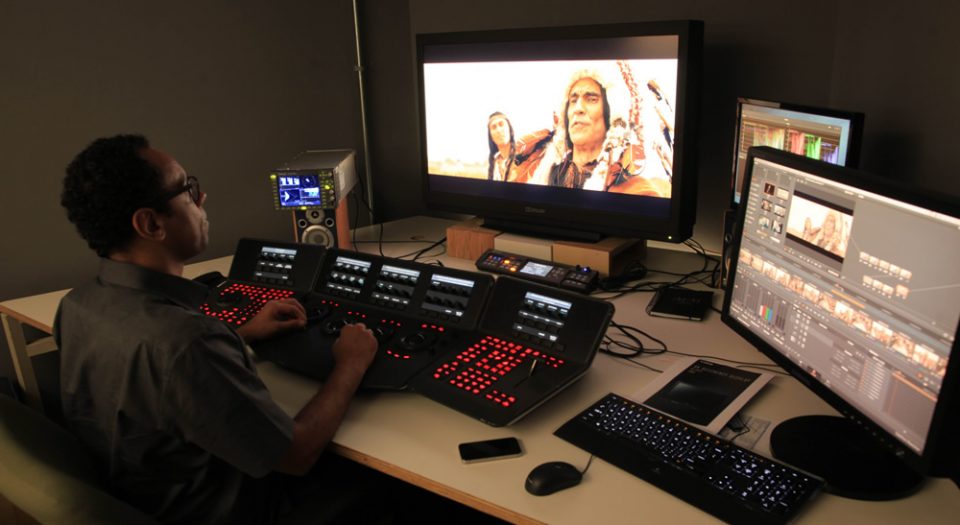 The 2016 Olympic Games opening sequence, which also included scenes shot on the Blackmagic Production Camera 4K, paid homage to the Olympic athletes from around the world, as well as the Brazilian culture and heritage that has made it a world famous destination.

“O2 Filmes is incredibly proud to be part of the 2016 Rio Olympics creative team and among the many who will help infuse the Brazilian emotion and originality into this landmark event,” states Paulo Barcellos, O2 Post general manager.

Working with a budget approximately 1/10th of the 2012 London Olympic Games, the team put emphasis on the opening ceremony’s creative content and human performance as opposed to the technical extravagance.

“The Olympics is one of the world’s most watched events, and the opening ceremony for each and every game has been nothing short of brilliant,” says Barcellos. “Without a doubt, there is a new bar set in terms of outstanding visual performance with each Olympic Games ceremony, and Rio has followed suit with an opening ceremony that incorporated the visual mastery of our country’s legendary filmmakers and the spirit of the Brazilian people.”

The 2016 Olympic Games opening ceremony video was shown on screens and kiosks throughout the Olympic stadium, as well as broadcasted on traditional TV. Some of the videos produced by O2 Filmes will also be on display at the International Olympic Committee (IOC) museum in Lausanne, Switzerland.

The team at O2 Filmes spent four months working on creating the video content. “It’s always about timing,” says Barcellos. “Even though we started working four months ago, there were times in which we had to turn content around in a matter of days, and this is where the Blackmagic Design workflow really helped. Because the games were happening in Rio and Fernando was spending quite a bit of time there, we had split the editing and color grading work between the O2 Post Rio and São Paulo sites. The DaVinci Resolve Studio remote collaboration capabilities allowed us to remain connected and evolve the various videos and sequences.”

Barcellos elaborates on the connected workflow, “Much of the clip cleanup work was done in Fusion Studio and sent back to DaVinci Resolve Studio using Fusion Connect. This made it possible for us to work in the new changes much faster than if we had to manually export the individual clips to a comp app. Without this level of integration, it would have been difficult to make the deadlines.”

The ceremony videos directed by Meirelles were produced by O2 Filmes with post production services managed by O2 Post, an O2 Filmes subsidiary.

The 2016 Rio Olympic Games opened on August 5th and ran through August 21st in the stunning city of Rio de Janeiro and iconic Maracanã Stadium and Copacana Beach.