For this year’s Super Bowl at US Bank Stadium in Minneapolis, the game’s primary audio supplier, ATK Audiotek, partnered with Orlando-based Professional Wireless Systems (PWS) to handle the wireless aspects of on-field audio. PWS handled system design and management for all wireless systems deployed on the field, selecting Shure wireless microphones and in-ear monitors as their primary RF systems.

“When we specify wireless, it’s all about results. The Super Bowl is a globally broadcast live feed under some of the most crowded RF spectrum conditions you can imagine,” says PWS General Manager Jim Van Winkle.

“Just about everything we did with Shure wireless, our antenna system, and RF over-fiber system worked flawlessly from start to finish.” 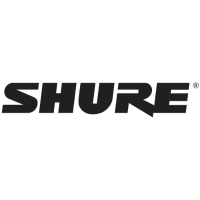 Using a mix of the new Axient Digital and Axient analog systems as well as Shure PSM 1000 in-ear monitors, PWS managed on-field wireless needs from the pregame Walter Payton NFL Man of the Year Award ceremony through the presentation of the Lombardi Trophy to the Philadelphia Eagles plus the referee’s microphone and all musical acts, including the halftime show.

PWS designed the RF system and provided Axient analog, the antenna system, and the RF over-fiber system. Axient Digital and PSM 1000 were supplied by ATK and frequency coordination was handled by an NFL team led by gameday frequency coordinator Karl Voss.

For the second straight year, referee micing was handled by Shure Axient with frequency diversity. The system features two lavalier mics feeding separate AXT100 bodypacks tuned to separate frequencies. A custom-built mute switch by ATK Audiotek enables the ref to control when he’s heard. Two receivers provide an additional layer of protection, with one using house power and the other using a UPS battery system. Most importantly, Axient’s ShowLink backchannel provides remote monitoring and control of all transmitter parameters.

“We used Axient for its great RF characteristics and ShowLink, which can actively alert us to any interference and allows us to change frequencies remotely. This year, we didn’t have a single frequency change, and the referee system once again performed perfectly all night,” says PWS Lead RF Technician Gary Trenda.

“Shure Axient gives us the ability to have full redundancy – two mics, two transmitters, and two different receivers getting both signals. You’d have to have a pretty catastrophic failure to get the referee audio to fail.”

In addition to operating all on-field RF during the game, PWS also designed the wireless antenna system that was deployed in the stadium. Trenda points out that, while most football stadiums look very similar, each has a unique wireless profile. Minnesota’s US Bank Stadium has less usable sideline space than most, pushing antennas farther from the main RF equipment location than usual and requiring longer cable runs than a typical Super Bowl.

To address this, PWS took advantage of the extended coverage capability created through Axient Digital’s unique Quadversity feature, which combines four discrete antenna signals into a single receiver. All antennas were Shure’s HA-8089 helical, a model designed and built by PWS for just such challenging conditions. Long cable runs were seamlessly addressed with a new RF over fiber optic cable system.

“Quadversity makes a real difference in difficult conditions like this, and we’ve been using it ever since Axient Digital became available. Being able to send four antenna signals instead of just two gives you extra confidence that you’re sending the best possible signal into the system. We covered the entire bowl of the stadium with four antennas. We find that Quadversity gives us a better chance to get full link quality with a larger coverage area over longer distances,” Trenda says.

To enable Axient’s ShowLink capabilities, PWS deployed two AD610 Access Points, a new model in the Axient Digital ADX system that is now shipping. “I love the fact that the AD610 works with both Axient Digital and analog systems,” says Van Winkle.

“It’s really helpful in an environment where stadium Wi-Fi significantly raises the noise floor in the 2.4 gigahertz range. But the AD610 has higher output power, which directly addresses that issue. It’s a definite upgrade.”

All musical acts throughout the broadcast used the Shure PSM 1000 in-ear monitor system. For the halftime show, 12 IEM mixes were shared among almost 50 performers.

“We had to cover the whole field and up into the stands, so it was a real challenge,” says Trenda.

“We used a high-power combiner sending those 12 mixes into a helical antenna and split off some of the primary mixes and sent them over fiber to get into some of the extended coverage areas. You’ve got musicians, dancers, and backup singers, all needing a receiver pack, and they were all over the stadium. That’s why we chose PSM 1000.”

To tie the entire system together, PWS networked all PSM 1000, Axient analog and Axient Digital systems together and monitored everything through multiple deployments of Shure’s Wireless Workbench (WWB) software.

“We use Wireless Workbench as the primary point of management for all those systems,” says Trenda.

“It’s got an auto-timeline function that records RF and audio levels, which is a huge help. During rehearsals, one of our RF technicians, Cameron Stuckey, would monitor the system, dropping markers onto the timeline so we could go back and review system performance at any time and location, check the data, and make adjustments. Wireless Workbench has really become a large part of how we manage our systems.”

Van Winkle reports that, from a wireless perspective, all the on-field audio at the Super Bowl was clean and clear.

“For us, success at the Super Bowl is all about preparation and execution, and the Shure systems we selected are a big part of that process. Believe me, we wouldn’t specify them if they didn’t consistently deliver the performance we require.”