When it comes to air travel and cargo transportation, safety is paramount. Indeed, in the air, nothing is more important than protecting human life. This is why Congress and federal agencies go to great lengths to create regulations that ensure that those who travel by air, ship by air, and actually fly airplanes remain safe. But what happens when the government gets it wrong? Or goes too far? Or is sloppy in its wording? 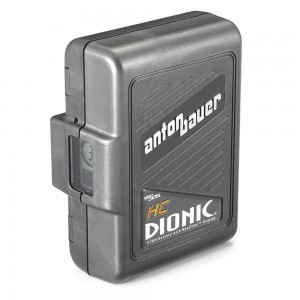 A proposed federal law could make work much more difficult for those who need to ship lithium ion batteries via air transport.

Congress is currently working on a Federal Aviation Administration Reauthorization bill, H.R. 4441, aimed at safety from an air-traffic-control and a cargo standpoint.

Given the recent problems caused by lithium ion batteries on airplanes, it makes sense that this new FAA bill would include language that makes it safer to fly the power cells within the U.S. and abroad. Accordingly, the bill classifies batteries as a hazardous good under International Civil Aviation Organization (ICAO) definitions. It also requires government agencies, namely the Federal Aviation Administration and the Pipelines and Hazardous Material Safety Administration (PHMSA), to work together to inform the industry — shippers, freight forwarders, etc. — on proper handling and packaging of the batteries. It also creates a committee to oversee and advise Congress and agencies on the social and economic impacts of regulating the shipment of lithium ion batteries. Lastly, the bill requires the Secretary of Transportation to engage in a rulemaking process based on ICAO’s technical instructions.

On its face, the bill appears to address safety, which is something we can all get on board with. But again, what if the bill gets it wrong? How many unintended consequences could be created? And, when it comes to unintended consequences, it is pretty easy to see that sports-TV production, newsgathering, and the Hollywood film community will all suffer greatly.

Simply put, the new bill will prevent lithium ion batteries of all kinds from being shipped on not only passenger planes but also cargo planes. Over the past few decades, both of those methods of transport have played a vital role in sports, news, and entertainment content creation. And putting an end to that method of transport will do much more than just make it difficult to do one’s job: it will actually make it impossible.

So how do we balance safety with culture? How do we protect those in the air while maintaining the integrity of everyday life?

The simple answer: be specific and base rules on scientific evidence.

The FAA bill, as it stands, provides wiggle room and great deference to government to make rules that vaguely address the battery issue. Pending amendments make the matter worse by calling for outright bans of lithium ion batteries on passenger planes and cargo aircraft, despite a body of evidence that shows that the batteries can be shipped safely when attached to a device. There is also no evidence that small shipments of batteries accompanying cameras are dangerous when packed properly.

Additionally, lithium ion batteries have become ubiquitous in today’s world; they are everywhere. As I write this piece, I notice that there are six within arm’s reach: two cellphones, a laptop, a wireless mouse, a desk phone, and a printer. With another four in my office.

These batteries are everywhere, and Americans increasingly depend on them for the modern way of life. The batteries are in cellphones, tablets, laptops, televisions, computers, electric cars, and many more devices.

Because the batteries are everywhere, they are shipped with astounding frequency — and at great cost. ICAO’s technical packing instructions would levy greater costs than currently exist, costs that large companies — the UPS’s, DHL’s, and large airlines of the world — might be able to absorb.

But what about the little guys? The mom-and-pop shops of the shipping world? Paying for such packing could literally put them out of business.

If Congress, ICAO, DOT, FAA, and PHMSA want to require packing standards that make shipping safer, I suggest that this burden be placed not on the shipper but on the manufacturer.

It makes too much sense to ignore that those making the batteries should pay to ensure that their products are safely put into the logistics supply chain and into commerce.

As policy counsel and director of communications, HBW Resources, Voyles is client-focused and works to understand client goals, needs, and potential risks that affect the way they do business. He guides clients through a complex legislative and regulatory landscape to ensure that client voices are heard, both in government proceedings and among the general public.