The Electronic Sports League (ESL) saw huge demand for live video from its championship event this year, and that was a first. Luckily, it found a partner that could work on a nerve-rackingly short schedule to provide broadcasters with the feeds they needed.

Everyone in the online-video industry knows that esports championships regularly garner millions of views online. Now broadcasters as well have figured that out. As ESL prepared for this year’s Intel Extreme Masters (IEM) World Championship in Katowice, Poland, it had to deal with something new: demand from broadcasters for live video of the event. IEM is a long event, with qualification matches and finals spanning two weeks. Broadcasters across Europe and the Middle East wanted all of it, and they wanted it live. 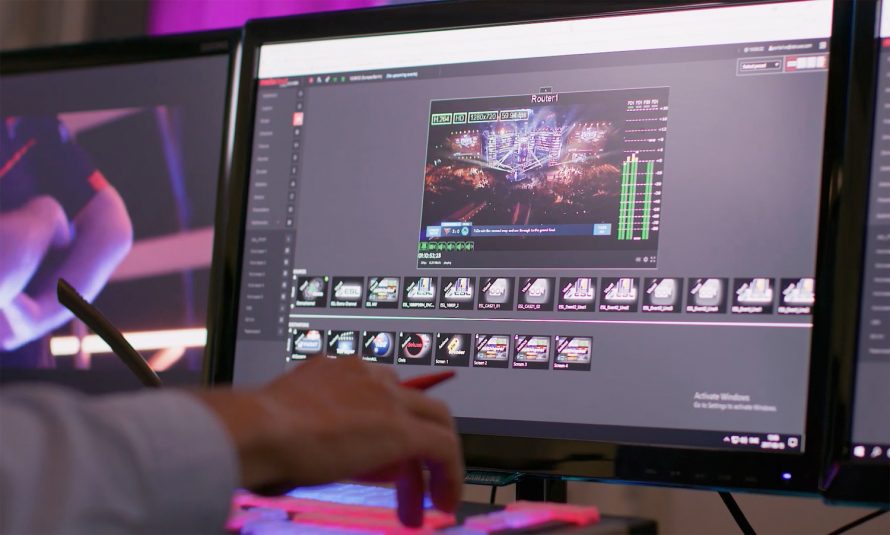 ESL is using video-distribution solutions from Deluxe to deliver feeds to 13 international broadcasters.

With only three weeks to go before the event started, ESL made a smart move and turned to video distributor Deluxe Entertainment, which has offices on four continents. Deluxe delivered its proof-of-concept in a few days, and ESL signed on at once. With a short turnaround, Deluxe needed to deliver IEM’s feed to 13 broadcasters, from Sweden to the United Arab Emirates.

“They were really impressed and basically pushed the button immediately to go ahead with us,” says Anders Hoog, VP/principal architect, video transport platforms, Deluxe. “That quickness in going to decisions is something we really appreciate with ESL. There’s not a lot of bureaucracy behind it. It’s like, We want to do this; can you resolve it?”

With about two weeks to work, Deluxe built the network from scratch. It delivered software encoders to the IEM site and provided ESL with its Blue Label technology, a connection system that securely plugs into a broadcast-delivery network. The encoders created low-latency H.264 streams, and Blue Label transported it across the public internet to the closest Deluxe data center. Blue Label also watched out for packet loss and provided encryption. The Deluxe data center used the company’s Broadcast Delivery Protocol (BDP) to route the stream to broadcast partners. BDP provides forward error correction and streams over multiple ISPs for redundancy and load balancing.

Three teams at Deluxe helped this job get completed on schedule. The dev ops team handled preparation, working with IEM to set up and connect the encoding units and also working with the broadcasters. The network team managed the infrastructure, ensuring that networks were performing as they should. Then the ops team provided 24/7 service throughout the two-week run of the event. The three teams did all this without ever setting foot in Katowice.

“We tend to never go anywhere, right? That’s the whole point of this technology,” Hoog explains. “We basically sent a kit out. The production and the task of giving us the signal, that’s all carried out by the production team of ESL. They would, of course, do all of the mixing, and their technical team will assemble our kit, set it up with the help of our technical operating center, give us the feeds. Then it’s the cross-checking, make sure that everything looks good, and then they’re good to go.”

Thanks to Deluxe, viewers around the world were able to watch all the events from Katowice with only 500-ms glass-to-glass latency.

For Deluxe, this wasn’t just a one-off project. Esports is growing and will continue to need partners that can connect it with broadcast. Linear broadcasters are just starting to take esports seriously. They’re seeing that this isn’t simply young kids playing games; it’s a proper sport full of dedicated competitors — as dedicated as any elite athletes. And, although the people behind the major esports leagues understand how to stream their content all across the web, they don’t know broadcast.

“We can provide them with a robust solution. I think that us and esports, honestly, is sort of like a perfect marriage,” Hoog says. “They are experts on being very quick and agile in terms of what they do. All of these guys are from the web-streaming community and are used to setting up a camera, clicking a button on the computer, and going online and live on the internet immediately. They don’t really think about the slightly higher complexities and planning that you need for traditional broadcasting. We have guys that are traditional broadcasters but with a mindset to work on the internet. So that’s why the match happens, right?”