PokerGo isn’t even a year old yet, but it keeps raising the stakes. In January and February, the OTT niche service will bring card lovers live coverage from the inaugural U.S. Poker Open in — where else? — Las Vegas. The massive tournament comprises a series of high-stakes games, with the title of U.S. Poker Open Champion and the U.S. Poker Open Cup going to the competitor who wins the most dollars by the end.

Like PokerGo, the U.S. Poker Open is the creation of Poker Central, which saw the need for a multipart marathon-style poker event. According to Poker Central VP, Content, Sampson Simmons, the level of play will be outstanding. 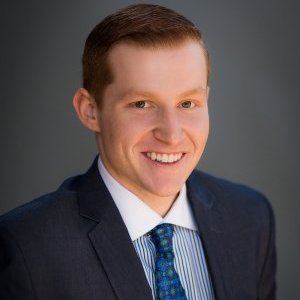 Poker Central’s Sampson Simmons: “The audience has provided us with great feedback that has gone into constructing our upcoming live events and original programming.”

“The event is expected to bring out the best players in the world, including Daniel Negreanu, Phil Hellmuth, Doug Polk, and many more,” says Simmons. “The U.S. Poker Open is a high-stakes tournament series consisting of eight events with buy-ins ranging from $10,000 to $50,000. [It] marks the formation of a new major on the high-stakes–tournament series set alongside other premier events, like the Super High Roller Bowl and the Poker Masters.”

Launched In 2015, Poker Central is a video-heavy site devoted to poker and the world’s best players. In May 2017, seeing that, although other sports were getting niche OTT plays, there was nothing around for poker lovers, the folks behind the site created their own. The service goes for $10 per month or $99 per year, promising viewers more than 100 days of live coverage. Live streams are produced by Poker Productions, with NeuLion providing turnkey streaming service.

During the U.S. Poker Open, fans can expect to see unique streamed coverage, and they have themselves to thank for it. PokerGo’s execs have been listening to fan feedback, and it has influenced what they’ll offer this time around.

“A unique aspect of the U.S. Poker Open is the integration of non-hold ’em games into the schedule, such as pot-limit Omaha. That aspect is one that came directly from fan feedback and their appetite for a wide variety of poker variants,” Simmons says. “The six months since PokerGo’s launch have been a smashing success. The audience has provided us with great feedback that has gone into constructing our upcoming live events and original programming.”

The Open will run Jan. 31-Feb. 11, with the action taking place at Aria Resort and Casino. The eighth and final event in the series will be a $50,000 no-limit hold ’em competition. PokerGo hasn’t planned all the details for its coverage yet, but viewers will get a single live stream as well as on-demand video. PokerGo will offer nine days of streaming with approximately six hours of live coverage each day, depending on how the action unfolds. Play-by-play commentary will be provided by Ali Nejad, working with a color commentator to be named later.

“Coverage will focus primarily on final tables,” Simmons says. “There will be supplemental on-demand original programming and behind-the-scenes content available leading up to and during the event on PokerGo, as well as Poker Central’s various social channels.”

Since launching the OTT service, Poker Central has learned a lot about what fans want: “A trend that we’ve been remarkably impressed by is the percentage of our audience that consumes PokerGo on mobile devices,” says Simmons. “Currently, 50% of viewership comes from mobile. Additionally, we’re seeing average watch times of 120 minutes, indicating our subscribers are really enjoying our programming.”

Gearing up for 2018 and its second year of operation, PokerGo is realizing that fans want a variety of content to choose from. Delivering that will be its goal going forward.

“Our goal for 2018 is in diversity of live events,” Simmons explains. “Our bread and butter thus far has been high-stakes live events that come with masterful poker play by elite players in a tense atmosphere. As the stakes move down and the games become more relaxed and casual, it becomes a different type of entertainment — centered on storylines, narratives, and old-school fun like you might see in your typical home game amongst friends. We’ll continue to highlight those elements to provide the entire spectrum of poker entertainment to our passionate subscriber base.”